THE centenary of the Bolshevik Revolution in Russia has led to widespread debate about its impact. Now, an economics lecturer at the University of Huddersfield has published an article which argues that the tumultuous events of 1917 played a part in toppling the British Empire.

In addition to his view that Marx and Lenin provided ideological inspiration to opponents of the Raj, Dr Kalim Siddiqui has compiled figures that he claims show how British rule in India shattered the economy and industry of the Sub-Continent, which only recovered after independence.

"Those living under colonial rule viewed the Bolshevik Revolution as a positive sign in their struggle for independence," writes Indian-born Dr Siddiqui, who specialises in development and international economics.

His latest article, titled The Bolshevik Revolution and the Collapse of the Colonial System in India, appears in the current edition of the journal International Critical Thought.

It is a severe critique of how Britain viewed and governed the "Jewel in the Crown" of its global empire.

"The British rulers did not settle in India and they were only interested in the wealth from India to support their own development of capitalism and industrialisation in Britain," writes Dr Siddiqui, adding that not only did India provide British industries with vast markets for their products and raw materials, but also money and soldiers who died by the million to protect the Empire.

The article includes a historical account of how Britain gained control of India and an analysis of its economic impact on a region that had once had one of the world's most productive economies.

"Colonial policy led to the decline of indigenous industries, which were not replaced by modern industries, leading to the de-industrialisation of India during British colonial rule. In addition, high land rents and the drain of wealth from India created extreme poverty," writes Dr Siddiqui.

His article also analyses the impact made by the pronouncements of Karl Marx and of Vladimir Lenin, leader of the Russian Bolsheviks, on independence movements in the British Empire, including radical new political parties in India.

"Lenin claimed that the world was divided between oppressors and oppressed nations. His anti-imperialist writings on colonial issues... became increasingly popular," according to Dr Siddiqui, who states that Lenin also argued for nations to have the right of self-determination and that colonialism had not led to capitalist modernisation in Asia.

Dr Siddiqui's article concludes that the Bolshevik Revolution dealt a significant blow to imperialist countries and - despite the collapse of the Soviet Union - had changed world history by making decolonisation possible.

Indian's 'revolution' inspired by Bolsheviks, according to new academic article spurred on by Britain plundering the Sub-Continent's wealth 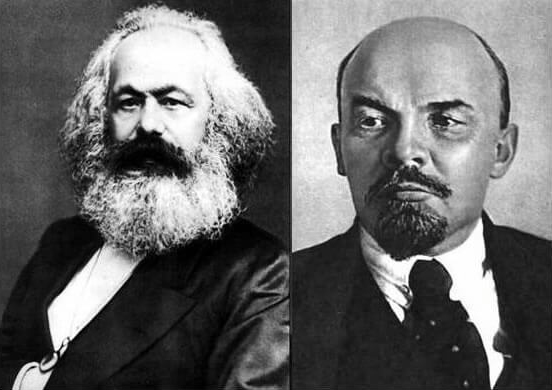 Indian's 'Revolution' Inspired By Bolsheviks, According to New Academic Article

Indian's 'Revolution' Inspired By Bolsheviks, According to New Academic Article