From mid July to early August 2006, a heat wave swept through the southwestern United States. Temperature records were broken at many locations and unusually high humidity levels for this typically arid region led to the deaths of more than 600 people, 25,000 cattle and 70,000 poultry in California alone.

An analysis of this extreme episode carried out by researchers at Scripps Institution of Oceanography, UC San Diego, put this heat wave in the context of six decades of observed heat waves. Their results suggest that such regional extremes are becoming more and more likely as climate change trends continue.

The team, led by climate scientist Alexander Gershunov, examined meteorological conditions that lead to this and other recorded heat waves, when temperatures rose into the hottest one percent of historical summertime daily and nightly temperatures recorded in California and Nevada since 1948. The scientists found that heat waves in the region often fall into either of two types: the typical "daytime" events characterized by dry daytime heat and rejuvenating nighttime cooling, or the less typical "nighttime" heat waves characterized additionally by high humidity and hot muggy days and nights. Since the early 1990s, nighttime heat wave events in California, which historically had been less common, have become more prevalent, increasing in both frequency and intensity. The pinnacle of nighttime heat waves occurred in a 17-day episode during July 2006 when a persistent warm pattern was aggravated by unusually humid conditions, associated with warm ocean waters off Baja California, Mexico.

"Water vapor is the main greenhouse gas. During the night in humid environments, air doesn't cool nearly as much as it does in dry conditions," said Gershunov. "Elevated humidity also causes heat waves to last longer. Hotter nights pre-condition hotter days and the cycle feeds on itself until the winds change. The weather pattern that traditionally causes heat waves in California is tending to bring with it more humidity, changing the character of heat waves from the dry daytime heat and cool nights typical for this region, to the muggy heat around the clock that locals are simply not accustomed to."

A preliminary version of the study, co-authored by Scripps climate researchers Dan Cayan and Sam Iacobellis, appeared July 27 in the online edition of the American Meteorological Society's Journal of Climate.

The 2006 event caused a wide variety of systemic impacts. One percent of the state's dairy cows succumbed, milk production was reduced by 10 percent, agriculture took a heavy toll and energy and water delivery infrastructure was stressed almost to the breaking point. Electrical blackouts were avoided, but only barely through a series of heroic measures by California's electrical power managers. Additionally, the heat wave impacted emergency and social service networks as well as natural ecosystems.

The 2006 pattern of extreme muggy heat is actually part of a trend of increasing nighttime heat wave activity observed over the last six decades. This trend has accelerated since the 1980s and has become especially prevalent in this decade. The nighttime heat waves of 2001, 2003 and 2006 were each unprecedented on record when they occurred. The source of the moisture that propelled the heat wave was an area of the eastern Pacific Ocean where a strong increase in sea surface temperatures has been observed and linked to global-scale trends of human-induced warming of the upper oceans.

Humidity is the key ingredient forming muggy nighttime heat waves. That same humidity usually provides some daytime relief by stoking afternoon cloud formation. The authors note that in the 2006 event, however, and to a lesser degree in the next largest 2003 event, the convection that usually triggers afternoon cooling was stifled.

"This conspicuous relative absence of convection in the presence of so much moisture led to intense daytime warming which in turn promoted more intense and extensive nighttime heat, without any observed precedent," the researchers wrote.

While mechanisms driving this regional anomaly are still under investigation, the researchers concluded that the trend towards more frequent and larger-scale muggy heat waves should be expected to continue in the region as climate change evolves over the next decades.

The study has spurred new collaborations with the public health and energy sectors. In one follow-up project, Gershunov and colleagues are applying a similar analysis to wintertime temperatures in the Midwest and Northeast. The newer study includes an explicit predictive component and is the first commissioned by corporate partners in collaboration with the Scripps Partnership for Hazards and Environmental Applied Research (SPHEAR) program. Partners Chesapeake Energy, Citadel Investment Group and Susquehanna International Group plan to use the results of the study to better understand and forecast natural gas demand in these regions during winter months. 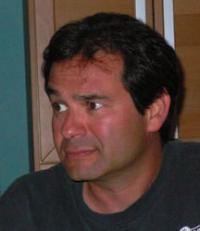