One of the most intriguing puzzles in modern physics is that there is still no satisfactory explanation for the fact that matter exists in our universe at all. Based on our present understanding, matter and antimatter should have actually annihilated each other immediately after the Big Bang. To contribute new insights to this phenomenon, Dr. Christian Smorra, currently based at the Japanese research institution RIKEN, wants to perform symmetry experiments with portable antiprotons and measure the fundamental properties of antiprotons with high precision. The European Research Council (ERC) is supporting the new project STEP - Symmetry Tests in Experiments with Portable Antiprotons - by providing an ERC Starting Grant worth EUR 1.8 million. The project will run for the next five years at Johannes Gutenberg University Mainz (JGU) in Germany.

Based on the standard model of particle physics and general relativity, we have a fairly good understanding of the fundamental processes that occur in our universe. "However, experimental observations up to now have not provided us with satisfactory answers to a myriad of unanswered questions, including why we cannot find the smallest trace of antimatter in the cosmos," said Dr. Christian Smorra. At the Big Bang, matter and antimatter must have existed in equal amounts. "But we do not know what happened to the antimatter after that. In order to gain a better understanding of this, we have to measure the building blocks of antimatter with the highest possible level of precision."

Transportation trap for investigating antiprotons in the Mainz Precision Laboratory

The target of the planned antiparticle experiments are high-precision measurements on antiprotons, which are the counterparts of protons. The antiprotons will be generated at the European research center CERN in Geneva using CERN's Antiproton Decelerator and then be loaded into the transportable trap in cooperation with the BASE Collaboration. The Antiproton Decelerator is the only installation in the world producing low-energy antiprotons. As part of the ERC project, Dr. Christian Smorra will develop a transportable trap to relocate the antiprotons produced at CERN to Mainz University. In the long term, the particles are expected to be measured here at the JGU in a low-noise precision laboratory - without the disruptive factors such as magnetic field fluctuations and radio-frequency noise that occur in the environment of the AD.

The BASE Collaboration is already operating a precision experiment at JGU's Institute of Physics right now. The new research program will involve the development of a new kind of Penning trap that can be employed to measure the trapped antiprotons at ultracold temperatures. The researchers expect that this will greatly improve the accuracy with which antiprotons and protons can be compared.

Searching for differences between protons and antiprotons

Based on the results of these measurements, Smorra and his team will be able to look for a breaking of the matter-antimatter symmetry, i.e., tiny differences in the properties of protons and antiprotons, for example in terms of their charge-to-mass ratios. In addition, the physicists will search for new interactions, which have not been observed so far. "Potential new interactions would be, for example, a modified gravitation or even a coupling of dark matter to antiprotons," said Dr. Christian Smorra. Cosmological observations suggest that apart from the ordinary matter there is evidence that the universe must also contain invisible dark matter with a yet completely unknown composition and unknown properties.

The key devices used in Smorra's work are Penning traps, which are used for the storage, transport, and measurement of antiprotons or protons, or, in general, for other charged particles. They are ideal tools for scientists to determine the fundamental properties of charged particles with high precision. "We are constantly trying to improve these traps in order to increase the accuracy of our results," emphasized Dr. Christian Smorra.

Christian Smorra, born in 1982, studied Physics in Mainz and obtained his doctorate in Experimental Physics from Heidelberg University. Afterwards, he worked as a postdoc at the Max Planck Institute for Nuclear Physics in Heidelberg. Sponsored by a CERN fellowship and as a researcher at RIKEN in Japan, Smorra has been working for the BASE Collaboration at CERN and at Johannes Gutenberg University Mainz since 2012. Using the ERC Starting Grant, he also plans to set up a work group at the JGU Institute of Physics.

An ERC Starting Grant is one of the most richly endowed EU funding awards for young researchers. ERC Starting Grants are designed to support outstanding researchers at the beginning of their careers while they form their own research team or establish their research program. In order to receive the grant, applicants must not only demonstrate excellence in research, but also provide evidence of the pioneering nature of their project and its feasibility. 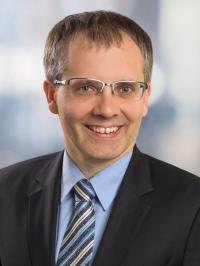