ANN ARBOR, Mich. — States that choose to expand Medicaid under the Affordable Care Act to millions of uninsured adults may see an increase in younger people and white men qualify for the coverage, a new University of Michigan study says. Potential new enrollees are also generally healthier than the current Medicaid population, with less prevalence of obesity and depression – but they are more likely to be smokers and heavy drinkers.

The new group of potential Medicaid beneficiaries may also cost less than what lawmakers projected, according to the study that appears in Annals of Family Medicine.

"There has been a lot of debate about how expensive the Medicaid expansion would be and until now, it hadn't been clear which Americans had the potential to benefit from the added healthcare coverage in states that participate," says lead author Tammy Chang, M.D., MPH, MS, an assistant professor in the department of family medicine at the U-M Medical School and an alumnus of the Robert Wood Johnson Foundation Clinical Scholars Program.

"One of the main concerns has been that current beneficiaries have high healthcare costs and whether people with new Medicaid coverage would be just like people on Medicaid today. It turns out they look a lot different from the population that currently qualifies."

According to the nationally representative study, patients who will gain Medicaid under expansion programs supported by the ACA will be younger (average age of 36 versus 38), with a larger proportion being male (49 percent versus 33 percent) and white (60 percent versus 50 percent) compared to the current Medicaid population.

The new potential group is also similarly healthy as — if not healthier than — the current Medicaid population, possibly even having lower prevalence of some chronic diseases such as obesity and depression. However there are two exceptions – almost half of people potentially eligible for expanded Medicaid are current smokers and over one-third are moderate or heavy alcohol drinkers – significantly higher than current beneficiaries.

"Based on our analysis, Medicaid expansion represents a key opportunity to improve the health of millions of uninsured individuals and reduce national costs associated with smoking and excessive alcohol use," Chang says. "Coverage for these Americans may be coming at just the right time to provide access to healthcare that can help keep these Americans healthy through prevention and improving healthy behaviors."

The Annals of Family Medicine

Journal
The Annals of Family Medicine 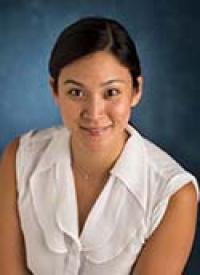