A recent study from researchers at the Callier Center for Communication Disorders at UT Dallas does not support the belief that "hidden hearing loss" is likely to affect young adults who use headphones and attend concerts.

Dr. Colleen Le Prell, Emilie and Phil Schepps Distinguished Professor of Hearing Science and head of the doctor of audiology (AuD) program, is an author of the paper, which was recently published in Frontiers in Neuroscience.

Based on previous studies, researchers have hypothesized that recreational noise exposure might damage the circuitry between sensory hair cells in the inner ear and their auditory nerve targets that deliver information to the brain. Because this damage is difficult to detect with conventional hearing tests, this type of injury has been referred to as hidden hearing loss.

The UT Dallas study tested these hypothesized relationships between noise exposure and auditory deficits. Participants attended a "loud" event of their choosing, including concerts, clubs and music festivals. They recorded the amount of time spent at the event and how loud it was. Researchers conducted pre- and post-exposure sessions to measure changes in the participants' hearing and speech abilities.

"One of the surprising findings from this study was that even the subjects who had extreme exposure -- two subjects who went to a music festival with 16 hours of exposure at 101 to 103 dBA (A-weighted decibels), which is around 1,000 percent of the daily occupational noise limit -- had only temporary changes on some functional tests, with no evidence of permanent pathology," Le Prell said.

While the study's participants did not have a reliable hearing loss, the speech-in-noise tests revealed noise-induced changes in the processing of speech in a noisy background.

"In these tests, a recorded speaker tells the subject to say a certain word," Le Prell said. "As the level of background noise and the level of speech come closer together, the task gets harder. We found that the day after the noise exposure, the more noise exposure they had experienced, the poorer they did on the test. They missed more words."

The changes in function were temporary, and there was no evidence of either a temporary or a permanent change in neural function or the function of sensory hair cells in the inner ear.

Le Prell, one of the leading researchers in the area of hearing loss prevention, said the study shows the need for understanding where risk for "hidden hearing loss" begins in humans.

"In an initial retrospective analysis, we found no relationships between these participants' recreational noise exposure histories and their current auditory function," Le Prell said. "While there is concern about music players and other loud recreational sound exposure 'damaging the ears of an entire generation,' in these participants, increasing use of music players and periodic attendance at concerts or clubs did not appear to cause the lasting damage everyone is concerned about."

Le Prell warned that while the current study did not link recreational noise exposure to injury, those with more noise exposure may be at risk for permanent damage.

"There is data from other groups with extremely loud, hazardous noise exposure -- such as firearm discharge -- where there does appear to be damage," Le Prell said. "Another question that needs further exploration is what happens with more frequent exposure. This is a critical unknown for policymakers who handle occupational regulations on noise."

She cautioned anyone who notices a change in his or her hearing, such as muffled sounds or ringing in the ears, to use those signs as a warning and make safer listening choices, including use of hearing protection. A variety of high-fidelity earplugs are available for those who want to preserve music quality, while electronic hearing protection devices are an option for gun users to consider.

The co-authors of the study were all UT Dallas students from the School of Behavioral and Brain Sciences. Sarah Grinn, a PhD student in Le Prell's lab, was a fourth-year extern at the Callier Center when the data was collected and has since finished her AuD. Kathryn Wiseman, who completed her AuD in May, is working on her PhD. AuD student Jason Baker is completing a fourth-year externship at the Dallas Ear Institute and expects to graduate in May. 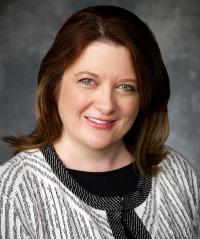