DALLAS - Feb. 9, 2018 - Researchers at the Children's Medical Center Research Institute (CRI) at UT Southwestern have discovered that cells in the liver with whole genome duplications, known as polyploid cells, can protect the liver against cancer. The study, published online today in Developmental Cell, addresses a long-standing mystery in liver biology and could stimulate new ideas to prevent cancer.

Most human cells are diploid, carrying only one set of matched chromosomes that contain each person's genome. Polyploid cells carry two or more sets of chromosomes. Although rare in most human tissues, these cells are prevalent in the hearts, blood, and livers of mammals. Polyploidization also increases significantly when the liver is exposed to injury or stress from fatty liver disease or environmental toxins that could cause liver cancer later in life. It is unknown, however, whether these increases in polyploidization have functional importance.

Previous research into the exact function of polyploid liver cells has been limited, in part because it has been difficult to change the number of sets of chromosomes in a cell, or ploidy, without introducing permanent mutations in genes that may also affect other cellular activities, such as division, regeneration, or cancer development. Because of this, there were many ideas as to why the liver is polyploid, but little experimental evidence.

"Our lab has developed new methods to transiently and reversibly alter ploidy for the first time. This was an important advance because it allowed us to separate the effects of ploidy from the effects of genes that change ploidy. Using these techniques, we were able to show polyploid liver cells protected the liver against cancer formation in the mouse," said Dr. Hao Zhu, Assistant Professor at CRI and a CPRIT scholar in Cancer Research.

Surprisingly, livers with more polyploid cells do not have problems regenerating after various injuries.

These findings challenge a long-held concept that polyploidy is generally a pro-cancer state. They suggest instead it could be an adaptive response within normal liver cells. In humans, cancer develops when genes that suppress cancer, known as tumor suppressors, are lost and when mutations or genes that promote cancer, known as oncogenes, are gained or activated.

Future work in the Zhu lab will focus on the role of polyploidy in a variety of chronic liver diseases that frequently lead to liver cancer.

The Cancer Prevention and Research Institute of Texas (CPRIT), Stand Up To Cancer, the Pollock Foundation, and other donors to the Children's Medical Center Foundation supported this study. 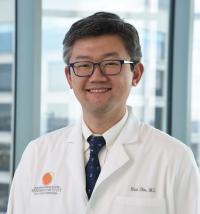