siRNA is a part of an innovative strategy to disrupt the activity of cancer-related genes that has broad applications to other diseases.

In the May 1 issue of Cancer Research, the scientists reported that a multistage nanovector system for the delivery of siRNA significantly lengthened the therapeutic effects of the treatment in two independent mouse models of advanced ovarian cancer.

The researchers reported that a single intravenous dose of siRNA targeting the EphA2 oncoprotein provided the same tumor shrinkage for three weeks as that now achieved by six doses over the same period.

"The multistage delivery system is revolutionary in that it allows the therapeutic payloads to cross the biological barriers in the body and reach their target. It further helps release agents over long periods of time directly into the bloodstream, which is unprecedented," said Mauro Ferrari, Ph.D., chairman of the Department of NanoMedicine and Biomedical Engineering at The University of Texas Medical School at Houston, which is part of UTHealth. "We are very excited about the results of this paper, since it provides the first validation of the therapeutic advantages of the multistage delivery system in animal models of cancer."

The multistage nanovector system is composed of nanoporous silicon carrier particles that are about 100 times smaller than a strand of hair, which can be loaded with tiny bubbles of fat called nanoliposomes containing siRNA. The system provides for the release of the nanoliposomes and their contents.

"This is an exciting development because RNA interference has worked well in an animal model but has such a short half-life that it requires frequent delivery. A three-week dosing period is much closer to the sustained dosing needed to properly test this therapy in clinical trials," said Anil Sood, M.D., professor in M.D. Anderson's Departments of Gynecological Oncology and Cancer Biology.

"We have provided the first in vivo therapeutic validation of a novel, multistage siRNA delivery system for sustained gene silencing with broad applicability to pathologies," wrote Takemi Tanaka, Ph.D., a co-first author and a research assistant professor of nanomedicine and biomedical engineering at the UT Medical School at Houston, and the other investigators in the paper.

"EphA2 is an important target because it's overexpressed in 70 percent of ovarian cancers and is strongly associated with poor survival and a higher likelihood of advanced or metastatic disease," said Lopez-Berestein. "It's also overexpressed in melanoma, breast and lung cancers with the same poor prospects for patients."

The protein is not present in normal tissue and cannot be attacked using more traditional drug approaches.

Ciro Chiappini, a graduate research assistant at The University of Texas at Austin, also contributed to the study. 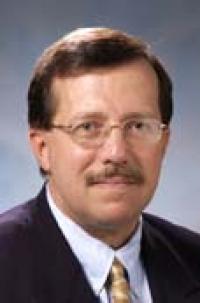 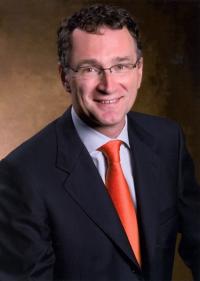