Contrary to popular belief, the biodiversity of a tropical forest may be conserved while its resources are used to support local household livelihoods, according to a new study published in the March 25 issue of Science. But biodiversity and resource use are most likely to successfully co-exist in forests that are managed under systems that receive inputs from local forest users or local communities.

These study results imply that one important way for governments to simultaneously promote biodiversity and forest-based livelihoods is to formalize the rights of local people to contribute to rulemakings on the management and use of local forests.

This study, which was partially funded by the National Science Foundation, was conducted by a team led by Lauren Persha of the University of Michigan.

Forest policy decentralization reforms that transfer ownership and management responsibilities to local forest user organizations have already been introduced in more than two-thirds of the developing world. However, this approach's effectiveness has been questioned because of its potential to enable elites to dominate resource use and because of potential weaknesses in links between local decision-makers and larger governing bodies.

But despite such criticism, the Persha team found that forest management inputs from local forest users and communities may promote the growth of forests that are biologically diverse and support local household livelihoods. The researchers attribute the dual success of local inputs to their potential for generating rules that support sustainability and accommodate specific local forest conditions. Such rules thereby help foster forests that support local livelihoods over the long term and so gain legitimacy and relevance.

Study results also indicate that larger tropical forests are more likely to simultaneously support biodiversity and forest-based livelihoods than are smaller tropical forests. But for a given forest size, the probability of achieving such dual success is higher in forests where local forest users or local communities maintain a formal role in management.

Nevertheless, the researchers say that their findings are particularly relevant for small forest patches in human-dominated landscapes, which--when supporting local livelihoods--face the most difficult conservation challenges.

The results of the study challenge some scholarly research that has depicted the conservation of tropical forests and resource use to support livelihoods as mutually exclusive. However, these previous studies tended to focus on either social outcomes or ecological outcomes--not on these two potential outcomes together.

By contrast, this study is the first study to identify which social, ecological and governance factors simultaneously promote biodiversity and forest-based livelihoods. Also, the study, which is based on data from 84 sites in six countries in East Africa and South Asia, is only one of a few studies that identifies factors that may promote biodiversity or forest-based livelihoods across multiple countries, instead of just in specific locations and specific contexts.

"One thing that is clear is that overcoming forest governance challenges is central to maintaining the diverse benefit flows of tropical forest," said Persha. "The effort involved in funding and collecting data on the scale of this research, across so many sites and countries, is substantial--but also vital for generating a more solid evidence base to help decision-makers construct better policies for forest sustainability to meet multiple social and ecological goals."

Team member Arun Agrawal of the University of Michigan added: "Interdisciplinary research requires giving up entrenched disciplinary biases. We are glad to see the most prestigious research journals in the world recognizing the need for such research and making it possible to pursue such work."

"This study illustrates how research on coupled natural-human systems can inform governance policies for land use and resource management that enhance both ecological and economic sustainability," said Alan Tessier, an NSF program director.

"This article builds on research supported by a diverse set of NSF programs," noted Thomas Baerwald, another NSF program director. "And it demonstrates how increased knowledge about the complex interactions between people and the natural environment can help address societally significant problems."

Surprise! Biodiversity and resource use may co-exist in tropical forests 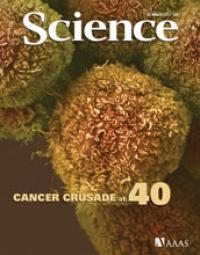