LA JOLLA--(July 10, 2018) One reason we're supposed to eat a variety of colorful fruits and vegetables is because they contain nutritious compounds called antioxidants. These molecules counteract the damage to our bodies from harmful products of normal cells called reactive oxygen species (ROS).

Now, research led by a Salk Institute professor along with collaborators from Yale, Appalachian State University and other institutions found that a protein called ATM (short for ataxia-telangiectasia mutated) can sense the presence of ROS and responds by sounding the alarm to trigger the production of antioxidants.

The work, which appears in Science Signaling on July 10, 2018, could have implications for a disease in which ATM is dysfunctional--and could also help reveal ways to boost cellular health overall.

"In ataxia-telangiectasia, the disease caused when the ATM is gene is mutated, people are prone to DNA damage because one of ATM's functions is to repair DNA," says Salk Professor Gerald Shadel, the paper's co-corresponding author. "But we also see signs in this disease of damage caused by ROS, and it hasn't been clear why that would be connected to dysfunctional ATM."

Shadel studies mitochondria, the powerhouses of cells, which convert our food into chemical energy cells use. In the process, mitochondria produce the ROS that not only damage cells but also are danger signals. To better understand the role of ATM, Shadel began by investigating ATM's response to ROS produced by mitochondria.

His team exposed laboratory cells in culture dishes to a chemical that encourages mitochondria to produce ROS. As expected, they saw increased ROS, but they also observed ATM molecules pairing up into what scientists call a dimer, which is not what ATM does when responding to DNA damage. These observations corroborate other research suggesting that ATM has two modes for responding to different types of cellular threats--DNA damage and ROS from mitochondria.

Treating the cells with a chemical that causes DNA damage did not induce ATM to form dimers, and the non-dimerized ATM went on to prompt damage-repair mechanisms. The scientists figured ATM's formation of dimers in the presence of ROS represents a type of ROS-sensing function. Dimerized ATMs induced an entirely different mechanism than non-dimerized ATM: the pentose phosphate pathway (PPP), which is a series of biochemical steps that generates cellular antioxidants.

"ATM is well known for its role in repair of DNA damage, but why it forms dimers in response to reactive oxygen species has been a mystery," says co-corresponding author Brooke E. Christian of Appalachian State University. "This work is exciting because it reveals a functional consequence of ATM dimerization: to increase cellular antioxidant capacity through activation of the pentose phosphate pathway. It makes sense for ATM to have this function as a way to protect the genome from the damaging effects of reactive oxygen species."

"We went into the study wanting to know the mechanism and function of the ATM-mediated mitochondrial ROS signaling pathway," says Yichong Zhang, a graduate student researcher at Yale University and the paper's first author. "The most exciting moment for me was when we discovered the details of the mechanism by which ROS signaling through ATM regulates cellular antioxidant responses."

The revelation how ATM and the production of antioxidants are connected via this pentose phosphate pathway could lead to ways to develop new treatments for the disease ataxia-telangiectasia.

Other authors included Ji-Hoon Lee and Tanya T. Paull of the University of Texas at Austin and the Howard Hughes Medical Institute; Sarah Gehrke and Angelo D'Alessandro of the University of Colorado, Denver; Qianhui Dou and Vadim N. Gladyshev of Harvard Medical School; Elizabeth A. Schroeder of Yale University; and Samantha K. Steyl of Appalachian State University.

An ATM that dispenses antioxidants 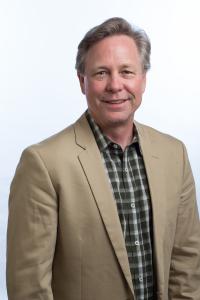