The results of this study, which was supported by the Pew Bertarelli Ocean Legacy Project, represent the first economic analysis of two of the largest protected areas on Earth. The monuments protect an area larger than the land mass of Alaska, Texas and California combined. The study co-authors, led by John Lynham, professor in the Department of Economics at the University of Hawai'i at Manoa, analyzed observer records of individual fishing events, logbook summary reports, and detailed satellite data on vessel movements.

"By analyzing independently collected data, we found that catch per unit effort has increased overall for the Hawaii-based longline industry following each expansion," says Lynham. "The bottom line is that these monuments are not causing substantial economic losses to the fishery."

"The effect of a marine protected area on a fishery is often difficult to assess because of the many factors that affect catch such as ocean conditions, prices, and changing regulations. A strength of this study is that by comparing the longline tuna fishery to two other fisheries unaffected by the monument designation we've controlled for factors that could be biasing the results. Our conclusion from this is clear: Papahanaumokuakea and the Pacific Remote Islands marine national monuments have not hurt the fishing industry overall. This is not too surprising when you consider that, in 2015, when Papahanaumokuakea was still open to fishing, 97% of tuna fishing was taking place outside the monument in waters that are still open to fishing today."

Prior to the expansion of the Papahanaumokuakea Marine National Monument, representatives of the longline fishing industry in Hawaii argued that the expansion would result in direct losses as high as $10 million annually, and that total indirect losses to the fishing-dependent economy could reach $30 million. The new analysis shows that after the expansions, the Hawaii-based longline industry has been catching more fish, while the distance fleet the travels has remained unchanged. Moreover, the total catch and total revenue in the fishery have increased since the expansions began. Specifically, the average revenue from 2014 to 2017 was 13.7 percent higher than from 2010 to 2013.

0:00-0:06 Map showing the expanded area of Papahanaumokuakea Marine National Monument. The new boundary extends out to the U.S. EEZ (shown in purple). The monument's original area is shown in blue. Credit: NOAA

0:24-0:34 clip of apex predators such as ulua (giant trevally) that dominate the deep reef ecosystems of the Northwestern Hawaiian Islands.

0:37-0:57 (20 seconds)
John Lynham, UH economics professor
"Our study is the first study to use data from the fishing industry to evaluate what have been the impacts, positive or negative, of these protected areas. And we basically find that the negative impacts are extremely small and, in some cases, close to zero."

0:58-1:10 (12 seconds)
Lynham
"Big picture, the longline industry is catching more and bringing in more revenues since the marine monuments were expanded." 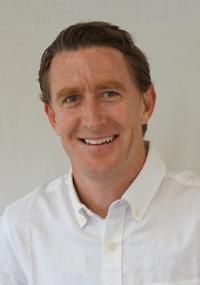