BOULDER, Colo.-Customized microscopic magnets that might one day be injected into the body could add color to magnetic resonance imaging (MRI), while also potentially enhancing sensitivity and the amount of information provided by images, researchers at the National Institute of Standards and Technology (NIST) and National Institutes of Health (NIH) report. The new micromagnets also could act as "smart tags" identifying particular cells, tissues, or physiological conditions, for medical research or diagnostic purposes.

As described in the June 19 issue of Nature,* the NIST and NIH investigators have demonstrated the proof of principle for a new approach to MRI. Unlike the chemical solutions now used as image-enhancing contrast agents in MRI, the NIST/NIH micro-magnets rely on a precisely tunable feature-their physical shape-to adjust the radio-frequency (RF) signals used to create images. The RF signals then can be converted into a rainbow of optical colors by computer. Sets of different magnets designed to appear as different colors could, for example, be coated to attach to different cell types, such as cancerous versus normal. The cells then could be identified by tag color.

"Current MRI technology is primarily black and white. This is like a colored tag for MRI," says lead author Gary Zabow, who designed and fabricated the microtags at NIST and, together with colleagues at the National Institute of Neurological Disorders and Stroke, part of NIH, tested them on MRI machines.

The micromagnets also can be thought of as microscopic RF identification (RFID) tags, similar to those used for identifying and tracking objects from nationwide box shipments to food in the supermarket. The device concept is flexible and could have other applications such as in enabling RFID-based microscopic fluid devices (microfluidics) for biotechnology and handheld medical diagnostic toolkits.

The microtags would need extensive further engineering and testing, including clinical studies, before they could be used in people undergoing MRI exams. The magnets used in the NIST/NIH studies were made of nickel, which is toxic but was relatively easy to work with for the initial prototypes. But Zabow says they could be made of other magnetic materials, such as iron, which is considered non-toxic and is already approved for use in certain medical agents. Only very low concentrations of the magnets would be needed in the body to enhance MRI images.

Each micromagnet consists of two round, vertically stacked magnetic discs a few micrometers in diameter, separated by a small open gap in between. Researchers create a customized magnetic field for each tag by making it from particular materials and tweaking the geometry, perhaps by widening the gap between the discs or changing the discs' thickness or diameter. As water in a sample flows between the discs, protons acting like twirling bar magnets within the water's hydrogen atoms generate predictable RF signals-the stronger the magnetic field, the faster the twirling-and these signals are used to create images.

The open sandwich design allows the movement or diffusion of water through the micromagnet, producing a signal that may be thousands of times stronger than that produced by a similarly sized, but stationary, volume of water. The diffusion effectively increases local MRI sensitivity, which in a future clinical setting could lead to practical benefits such as faster imaging, images that are richer with information, or reduced dose requirements for these contrast agents. The NIST/NIH test results show that changing magnet geometry results in significant shifts in the frequency signals. Thanks to their physical attributes, the magnets can be designed to have more tunable properties than conventional injectable MRI contrast agents. MRI contrast agents enhance images by altering the magnetic field seen by hydrogen nuclei in water. Conventional contrast agents are chemically synthesized whereas the new micromagnets are microfabricated. This allows for greater control and range of the modified magnetic field, greatly enhancing sensitivity.

Furthermore, unlike the molecular chemical "soups" that make up many of the contrast agents, each micromagnet potentially could be individually detected for imaging purposes. The magnets also could be designed to be turned on and off by, for example, filling the gap between the discs to block water passage. The gap could be filled with something that dissolves when exposed to certain substances or conditions, Zabow says.

The micromagnets can be made using conventional microfabrication techniques and are compatible with standard MRI hardware. Advanced lithography techniques of the kind used to make sophisticated computer chips might be used to make the tags even smaller, approaching the nanometer scale, according to the paper.

The magnets could make medical diagnostic images as information-rich as the optical images of tissue samples now common in biotechnology, which already benefits from a variety of colored markers such as fluorescent proteins and tunable quantum dots.

NIH has filed a provisional patent application on the micromagnets.

Zabow's work was partially supported by the joint NIST/NIH fellows program administered by the National Research Council. The program seeks to recruit physicists into biomedical research in order to improve technologies like MRI.

As a non-regulatory agency, NIST promotes U.S. innovation and industrial competitiveness by advancing measurement science, standards and technology in ways that enhance economic security and improve our quality of life.

The National Institutes of Health (NIH)-The Nation's Medical Research Agency-includes 27 institutes and centers and is a component of the U.S. Department of Health and Human Services. It is the primary federal agency for conducting and supporting basic, clinical and translational medical research, and it investigates the causes, treatments and cures for both common and rare diseases. For more information about NIH and its programs, visit www.nih.gov. 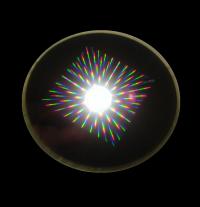