Regular physical activity is associated with a lower risk of suffering depression in old age. This is shown by one of the largest studies on elderly Europeans to have been carried out, by researchers at the University of Gothenburg, Sweden, among others. Research also shows that self-determined motivation and perceived competence are important factors in persuading elderly people to exercise more.

"We do not yet know for sure what the causal relationship between physical activity and depression is like. What is clear is that elderly people who are physically active are less depressed, but higher levels of depression can also lead to less exercise, and this suggests there is a mutual influence," says Magnus Lindwall, docent (associate professor) in exercise and health psychology at the University of Gothenburg.

In a recently published study Lindwall, together with research colleagues, has studied 17,500 elderly people with an average age of 64 from 11 European countries who are taking part in the large EU-funded population study Survey of Health, Ageing and Retirement (SHARE). The subjects in the study were followed up over a period of two and a half years, among other things with regard to physical activity and depression.

"Right now we are developing and testing a structured programme to increase motivation for physical activity among the elderly based on the theories that today has strong support in the research," says Lindwall.

The results support the recommendations to use physical activity as a powerful preventive measure against mental ill-health in the elderly.

"But regular physical activity is required, otherwise there is a great risk of the long-term favourable effects on health being lost. It is therefore important to identify the barriers, for example depression, that prevent the elderly from being physically active and focus on how to increase the motivation of elderly people for physical activity," says Lindwall. 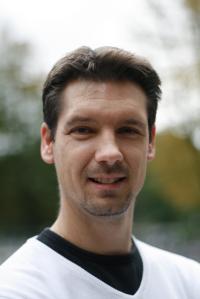