Changes to the vegetation cover of land surfaces constitutes the biggest cause of increasing carbon dioxide emissions after the use of fossil fuels. Particularly in Africa, forests and bushland are continuously cleared for the requirements of farming and food security. The climate effects of forest loss have been extensively investigated, but now new information on the significance of bushlands in the prevention of climate change has also been uncovered.

A recently completed doctoral dissertation at Earth Change Observation Laboratory of the University of Helsinki posits that converting bushland into agricultural land raises land surface temperatures almost as much as forest loss. Clearing bushland for cultivation also reduces the carbon stocks held by the above ground vegetation and carbon is also released into the atmosphere from the soil when preparing it for crops.

The consequences result in warming microclimates. Once the process is replicated in the neighbouring hectares, square kilometres, counties and throughout Eastern Africa, the consequences start affecting the climate of the entire continent.

In his doctoral dissertation in the field of geoinformatics, Ethiopia-born Temesgan Abera looks into the effect of changes in vegetation on the climate of the Horn of Africa and the lowlands surrounding the Taita Hills in Eastern Africa.

According to the study, clearing forests and turning them into arable land raises the temperature of the land surface locally by 1.8°C compared to savannahs and bushland. The decrease in evapotranspiration or water evaporation from land surface and vegetation, had an impact on surface warming up to 10 times stronger than the cooling effect of the increase of albedo, which was -0.12°C. Converting bushland into farmland increased the land surface temperature to a magnitude comparable to that of forest clearing.

Satellite remote sensing data that reveal the expansion of farmlands and the reduction of acacia-dominated bushland, otherwise typical to the region, were utilised in the study. Also available were meteorological data on rainfall and temperature collected at the Taita Research Station and by the Kenya Meteorological Department. Changes occurring in the long run between wet and dry seasons were successfully measured.

The findings can be utilised to assess climate models and observation-based studies on a global scale focused on the biogeophysical effects of land cover changes.

The doctoral dissertation is part of SMARTLAND, an extensive research project funded by the Academy of Finland and headed by Professor of Geoinformatics Petri Pellikka, which investigates the effects of climate change in Eastern Africa and looks for solutions to mitigate climate change. In addition to Pellikka, the dissertation was supervised by researchers Eduardo Maeda and Janne Heiskanen. The Taita Research Station of the University of Helsinki in Kenya served as the base for the fieldwork stage of the study.

Temesgen Abera, MSc, defended his doctoral dissertation entitled 'Climatic impacts of vegetation dynamics in Eastern Africa' in the Faculty of Sciences, University of Helsinki, on 6 March 2020. The thesis can be accessed through the University of Helsinki E-thesis service: https://helda.helsinki.fi/handle/10138/310276?locale-attribute=en 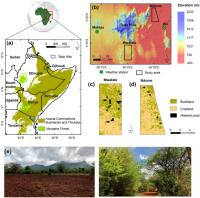 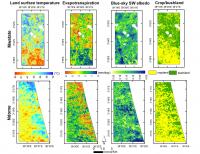