"When examining patients together across all age groups, there was slightly less post-treatment mortality with radiation than with surgery. But in older age groups, the differences became larger and potentially more meaningful for patients who are candidates for both therapies," says William Stokes, MD, senior resident at the CU School of Medicine Department of Radiation Oncology and the paper's first author.

National guidelines recommend surgery as the first choice in treating early-stage lung cancer. An emerging treatment option is the use of precisely targeted radiation, sometimes referred to as stereotactic body radiation therapy (SBRT) to target tumors without surgery. The current analysis suggests that in early-stage lung cancer patients for whom recovery from surgery is predicted to be especially challenging (perhaps due to older age or underlying illnesses), SBRT may be a good option to lower the risk of post-treatment complications.

Studies currently underway hope to evaluate the longer-term efficacy of these two treatments - it may be that despite being carrying more near-term risk, surgery remains the more effective long-term option.

"For patients with early-stage lung cancer who are otherwise healthy and good surgical candidates, lobar resection remains the standard. However, the results of this study may be important to consider when discussing the treatment options for older patients who are thought to have a high risk of surgical complications," says Chad G. Rusthoven, MD, assistant professor in Radiation Oncology at the University of Colorado Cancer Center, the paper's senior author.

In this study, for patients 71-75 years old, surgery carried an additional 1.87 percent risk of mortality over SBRT in the 30 days following treatment; for patients 76-80 years, there was an additional 2.8 percent risk associated with surgery; and for patients greater than 80 years old, surgery carried a 3.03 greater chance than SBRT of mortality in the 30 days after treatment. A similar trend was seen in measurements taken at 90 days following treatment.

The finding takes place in the context of an interesting discussion in cancer care. Traditionally, oncology discussions have emphasized patient survival at the 5-year landmark after diagnosis - even if the treatment that leads to the highest predicted long-term survival carries greater risk of near-term mortality.

However, "priorities can vary widely from patient to patient - some patients may be more concerned about the risk for near-term mortality rather than what happens after five years," Stokes says.

This study, the researchers say, may help to guide the shared decision-making between patients and providers, allowing patients who may be at greater risk of early mortality and/or patients with specific lifespan priorities to make more informed choices between surgery and SBRT to treat early-stage lung cancer. 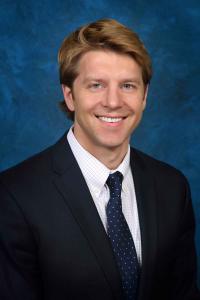