NASA satellites have been keeping an eye on the tropical depression over southern Mexico that strengthened into a tropical storm for half of a day.

On June 1 at 1:10 p.m. EDT (1710 UTC), the Moderate Resolution Imaging Spectroradiometer, or MODIS, instrument aboard NASA's Terra satellite captured a visible image of Tropical Depression 2E just before it was designated Tropical Storm Beatriz over southern Mexico. The image showed the center of circulation over land and a large band of thunderstorms extending from the center to the south, back into the Eastern Pacific Ocean.

At 5 a.m. EDT (0900 UTC) on June 2, the center of Tropical Depression Beatriz was located near 16.5 degrees north latitude and 96.3 degrees west longitude. That's about 55 miles (90 km) north-northeast of Puerto Angel, Mexico. The National Hurricane Center said that Beatriz was moving toward the north-northeast near 7 mph (11 kph), and this general motion is expected to continue today. On the forecast track, the center of Beatriz is expected to move farther inland over the state of Oaxaca through the day. Maximum sustained winds are near 35 mph (55 kph) with higher gusts.

NHC forecaster Berg noted at 5 a.m. EDT that it was "unclear if Beatriz still has a center of circulation because since landfall, the deepest convection has migrated away from the supposed center and is now oriented linearly along the coast of Oaxaca, likely due to onshore flow impinging on the mountain slopes of southern Mexico."

At 7:45 a.m. EDT (1145 UTC) on June 2, the NASA/NOAA GOES Project at NASA's Goddard Space Flight Center in Greenbelt, Maryland, generated a visible image of the depression from NOAA's GOES-East satellite. Tropical Depression Beatriz was still along the coast of southern Mexico and slowly moving inland. The GOES-East image revealed that the band of thunderstorms that were seen earlier in the NASA Terra satellite image, had fallen apart as Beatriz weakened.

The National Hurricane Center warned that "Beatriz is expected to produce total rainfall accumulations of 6 to 10 inches across the Mexican state of Oaxaca, with isolated maximum totals of 18 inches possible. Lighter amounts in the 1 to 3 inch range are possible across the

southern portion of the Mexican state of Veracruz." Even after dissipation, lingering moisture is likely to contribute to continued heavy rainfall and possible flash floods and mudslides for another day or two over southeastern Mexico.

Beatriz is expected to dissipate later in the day, Friday, June 2, over the mountains of southeastern Mexico. 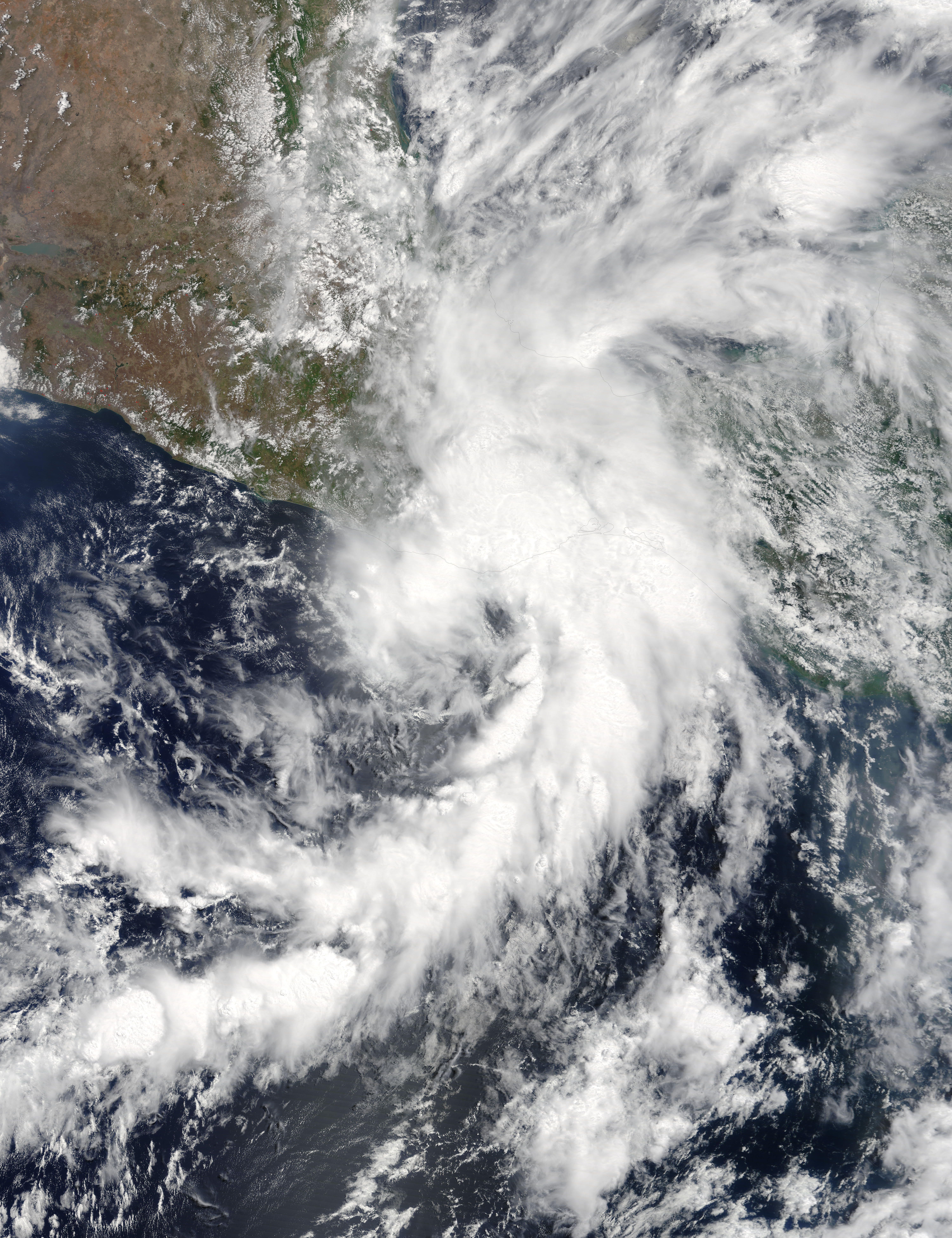