ANN ARBOR, Mich. - Thousands of critical care and pulmonology specialists from across the world gathered this week for the American Thoracic Society International Conference in Washington, D.C., to share research, medical developments and best practices for patient care.

Here, we highlight a few standouts.

The value of rapid sepsis treatment

Published in The New England Journal of Medicine this week, the study looks at the controversy surrounding how quickly sepsis must be treated.

Using data from 185 hospitals on patients with sepsis and septic shock, researchers found that faster administration of care was linked with lower mortality.

Both time to antibiotics and time to "three-hour bundle" completion were associated with lower risk-adjusted mortality. For every additional hour of delay in these treatments, odds of mortality increased by 4 percent.

"This is the largest study to date looking at time to antibiotics in sepsis treatment," Prescott says. "It was made possible as a result of patient-level data collected in New York as part of new statewide sepsis regulations, known as Rory's Regulations."

These regulations were put in place after 12-year-old Rory Staunton died in 2012 of unrecognized sepsis. The regulations require hospitals to develop and implement protocols for sepsis recognition and treatment, as well as to report data on all patients recognized to have sepsis starting in 2014.

The core elements in the sepsis protocols were the delivery of antibiotics, measurement of lactate and collection of blood cultures within three hours of patients arriving. These three treatments are known as the three-hour bundle. The study tested whether earlier treatment was associated with better outcomes among patients who presented to an emergency department and were treated within 12 hours.

"We found that we can reduce avoidable deaths by treating patients with sepsis and septic shock more quickly upon their arrival to the emergency department," Prescott says. "These findings argue that hospitals and health care systems should invest in infrastructure to get antibiotics to patients as soon as possible -- just as we get patients with heart attacks to the catheterization lab as soon as possible. With each hour of delay, patients have a greater risk of death."

Predicting mortality and functional outcomes in the ICU

New research from the University of Pennsylvania Perelman School of Medicine, published in JAMA, analyzed how well intensive care unit physicians and nurses can predict six-month patient mortality and morbidity.

The authors say care teams' predictions can influence ICU decision-making, but it is not known if these predictions are accurate.

To probe the issue, the research team enrolled patients who spent at least three days in the ICU from October 2013 to May 2014 and required mechanical ventilation, vasopressors or both. Patients were treated across five ICUs in three hospitals in Philadelphia.

Concurrently, the researchers had 47 physicians and 128 nurses predict the patients' in-hospital mortality and six-month functional outcomes, including mortality, return to original residence, ability to toilet independently, ability to climb 10 stairs independently and ability to remember most things, think clearly and solve day-to-day problems.

The research team notes that accuracy in predictions varied depending on the outcome and confidence of the predictor, and additional research would help in understanding prognostic estimates.

"Most people don't realize that COPD is actually a manageable disease," said Meilan Han, M.D., associate professor of internal medicine at Michigan Medicine, medical director of the U-M Women's Respiratory Health Program and member of the stakeholder group that formulated the action plan, at the time of the plan's release.

"The plan outlines the importance public awareness plays in this disease. So many people go undiagnosed, but perhaps having more education around their symptoms would prompt them to reach out to their physician for care."

Some of the action plan's key goals for awareness and treatment of COPD are to:

"As a researcher, physician and advocate for patients with this disease, I know I speak for myself and the committee when I say that we hope this plan helps create additional awareness for COPD and undiagnosed patients receive the care they need," Han said. "For those already diagnosed, we hope to continue to provide high-quality education and health care to help them manage this incurable disease." 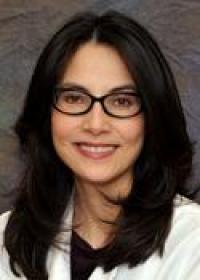