You know those cardboard partitions that sometimes separate kids taking a test? The ones meant to prevent cheating? According to a new study by an international team of researchers, a see-through partition does the trick, too - as does a pretend barrier that doesn't exist at all.

Published in the journal Proceedings of the National Academy of Sciences, the study shows that simple environmental cues can nudge children to do the right thing.

In four experiments with 350 children in China, aged 5 to 6 years old, the researchers - from the University of California San Diego, Hangzhou Normal University and the University of Toronto - demonstrate that just the idea of a barrier, placed between a child taking a math test and the answer key on the next table, discouraged cheating. The barriers used were simple metal frames, or featured clear plastic. They didn't actually make cheating any harder to do. Yet these "barriers" significantly reduced cheating, from a baseline of about 50% to between about 20% and 30%.

An imaginary barrier, outlined in the air with a toy "magic wand," had a similar effect.

The children were tempted to cheat because the last answer on the math test was too hard for them, making it impossible for them to complete in the allotted time.

Interestingly, the barrier had to be between the child and the answer key. Barriers placed on the other side of the child or other parts of the room didn't encourage honest behavior.

"Our work illustrates the power of 'nudges,' which Nobel Prize-winning economist Richard Thaler has shown to be effective at getting adults to behave in desirable ways," said lead author Gail Heyman, professor of psychology in the UC San Diego Division of Social Sciences. "It also suggests that people's ideas about morality are deeply rooted in how they think about space. This is probably why there are so many spatial metaphors for morality such as 'cross the line' and 'keep on the straight and narrow.'"

The study extends prior research on children's moral behavior, Heyman said, and it advances the researchers' "moral barrier hypothesis," that "moral violations can be inhibited by the introduction of spatial boundaries."

The study confirms the centuries-old assumption in architecture that physical environments can affect human behavior, which is one of the reasons many companies spend so much time and money on designing workspaces. There's also evidence of just how powerful these cues can be in our daily life, such as when rope lines at airports signal where people should wait in line, or social distancing circles signal how far apart people should stand.

The findings surprised the researchers, Heyman said, because it seems even young children have the ability to quickly pick up on unfamiliar and subtle environment cues to guide their moral behavior. They don't necessarily need to see others follow these cues or to be explicitly reminded of their presence.

First author Li Zhao of Hangzhou Normal University said the researchers were also "surprised to see academic cheating among children as young as 5 years old, especially given the lack of obvious incentives for them to do so." The researchers guess that most of the children wanted to get a high score to impress the experimenter, which suggests that the desire to impress other people - even strangers - drives human behavior starting in early childhood.

"Our findings suggest that we can use nudges to encourage positive behaviors and discourage negative behaviors," UC San Diego's Heyman said. These nudges can be simple, she said, like encouraging hand-washing by posting illustrations of people washing their hands, or painting a colorful path from the toilet to the sink in school bathrooms. Another daily example is encouraging children to eat a more nutritious diet by leaving out sliced vegetables and fresh fruit.

Kang Lee of the University of Toronto says that parents and teachers can use environmental design for moral education. He notes that the findings are most directly relevant to discouraging cheating. He suggests that, "When giving tests, teachers may consider making simple changes, like setting up tape lines between students to remind them not to copy from each other's answers. If we start such practices when children are young, it may encourage honesty, and lead to habits associated with less cheating in high school and college."

The contributions of Li Zhao and Yi Zheng were supported by a grant from the National Natural Science Foundation of China (31900773) and a grant from Zhejiang Provincial Office for Philosophy and Social Sciences of China (19NDJC058YB).

Invisible barriers cut down on cheating 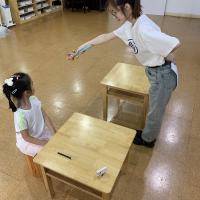 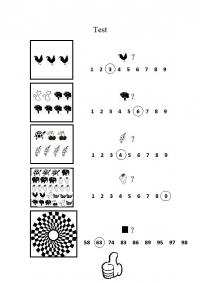