Female banded mongooses lead their groups into fights then try to mate with enemy males in the chaos of battle, new research shows.

Mongooses rarely leave the group into which they are born, meaning members are usually genetically related - and the new study reveals how females get round the problem of inbreeding.

Meanwhile, males bear the costs of these fights, in which injuries and deaths are common.

The researchers say "exploitative leadership" of this kind, which is also seen in human warfare, leads to frequent and damaging conflicts.

"We've known for some time that banded mongoose groups often engage in violent battles - and now we know why," said Professor Michael Cant, of the Centre for Ecology and Conservation on Exeter's Penryn Campus in Cornwall.

"Females start fights between groups to gain genetic benefits from mating with outsiders, while the males within their group - and the group as a whole - pay the costs.

"A classic explanation for warfare in human societies is leadership by exploitative individuals who reap the benefits of conflict while avoiding the costs.

"In this study, we show that leadership of this kind can also explain the evolution of severe collective violence in certain animal societies."

Dr Faye Thompson, from the University of Exeter, added: "We tested our model using long-term data from wild banded mongooses in Uganda.

"The findings do not fit a heroic model of leadership, in which leaders contribute most to aggression and bear greatest costs, but rather an exploitative model, in which the initiators of conflict expose others to greater risks while contributing little to fighting themselves."

The findings suggest that "decoupling" leaders from the costs of their choices "amplifies the destructive nature of intergroup conflict".

Professor Rufus Johnstone of the University of Cambridge, who led the theoretical research, said: "Exploitative leadership in banded mongooses helps to explain why intergroup violence is so costly in this species compared to other animals.

"The mortality costs involved are similar to those seen in a handful of the most warlike mammals, including lions, chimpanzees and of course humans."

The paper, published in Proceedings of the National Academy of Sciences, is entitled: "Exploitative leaders incite intergroup warfare in a social mammal." 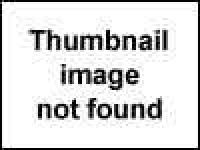 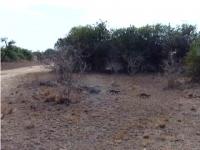