Scientists at the University of Sydney have adapted techniques from autonomous vehicles and robotics to efficiently assess the performance of quantum devices, an important process to help stabilise the emerging technologies.

The innovative approach has been shown experimentally to outperform simplistic characterisation of these environments by a factor of three, with a much higher result for more complex simulated environments.

"Using this approach, we can map the 'noise' causing performance variations across quantum devices at least three times as quickly as a brute-force approach," said lead author Riddhi Gupta, a PhD student in the School of Physics. "Rapidly assessing the noise environment can help us improve the overall stability of quantum devices."

The research has been published in Nature partner journal Quantum Information.

Quantum computing is still in its early stages of development yet promises to revolutionise technology by solving problems beyond the scope of classical computing.

One of the barriers to develop these systems to practical scale is overcoming the imperfections of hardware. The basic units of quantum technology - quantum bits, or qubits - are highly sensitive to disturbance from their environments, such as electromagnetic 'noise', and exhibit performance variations that reduce their usefulness.

Ms Gupta, also part of the ARC Centre of Excellence for Engineered Quantum Systems, has taken techniques from classical estimation used in robotics and adapted them to improve hardware performance. This is achieved through the efficient automation of processes that map both the environment of and performance variations across large quantum devices.

"Our idea was to adapt algorithms used in robotics that map the environment and place an object relative to other objects in their estimated terrain," she said. "We effectively use some qubits in the device as sensors to help understand the classical terrain in which other qubits are processing information."

In robotics, machines rely on simultaneous localisation and mapping, or SLAM, algorithms. Devices like robotic vacuum cleaners are continuously mapping their environments then estimating their location within that environment in order to move.

The difficulty with adapting SLAM algorithms to quantum systems is that if you measure, or characterise, the performance of a single qubit, you destroy its quantum information.

What Ms Gupta has done is develop an adaptive algorithm that measures the performance of one qubit and uses that information to estimate the capabilities of nearby qubits.

"We have called this 'Noise Mapping for Quantum Architectures'. Rather than estimate the classical environment for each and every qubit, we are able to automate the process, reducing the number of measurements and qubits required, which speeds up the whole process," Ms Gupta said.

Dr Cornelius Hempel, whose experimental team provided Ms Gupta with data from experiments on a one-dimensional string of trapped ions, said he was pleased to see a threefold improvement even in the mapping of such a small quantum system.

"However, when Riddhi modelled this process in a larger and more complex system, the improvement in speed was as high as twentyfold. This is a great result given the future of quantum processing is in larger devices," he said.

He said: "This work is an exciting demonstration that state-of-the-art knowledge in robotics can directly shape the future of quantum computing. This was a first step to unify concepts from these two fields, and we see a very bright future for the continued development of quantum control engineering."

This work was partially supported by the ARC Centre of Excellence for Engineered Quantum Systems, the US Army Research Office and a grant from H. & A. Harley. 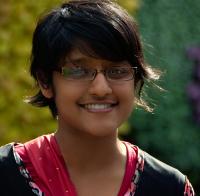