A team of scientists from the National University of Singapore (NUS) has established novel insights into the relationship between breast cancer tumour intracellular redox environment and the cancer cells' ability to become invasive.

The study by Dr Alan Prem Kumar from the Cancer Science Institute of Singapore (CSI Singapore) at NUS and NUS Yong Loo Lin School of Medicine, together with Professor Shazib Pervaiz and Associate Professor Marie-Veronique Clement from NUS Yong Loo Lin School of Medicine, found that high levels of Manganese Superoxide Dismutase (MnSOD), a key enzyme involved in regulating the cellular redox milieu, has a role to play in causing breast cancer cells to turn aggressive, especially in triple negative breast cancer subtype tumours. These aggressive cells are able to invade other sites in the body, resulting in secondary tumours.

"Our group's work over the years has highlighted the critical role of cancer cells' oxidative metabolism in drug resistance and cell survival. This study underscores the importance that MnSOD plays in the biology of breast cancer," said Assoc Prof Clement.

The new findings build on the group's previous discovery of the presence of a significantly higher MnSOD levels in triple negative breast cancer patients.

"MnSOD expression is decreased during the initial stages of cancer development. However, as the cancer advances, MnSOD expression increases and such high MnSOD levels are typically observed in triple negative breast cancer patients. In fact, we have shown that less aggressive tumours, when artificially made to increase MnSOD protein levels, adopt an aggressive behaviour. Our study shows that the amount of MnSOD levels in the tumour cell determines the predominant reactive oxygen species that will tell the tumour cells whether to stay put or to transform into an invasive form that is capable of moving to distal parts of the body," explained Dr Loo Ser Yue, a former graduate student from NUS Yong Loo Lin School of Medicine and the first author of the study.

As part of their earlier study, the NUS team had shown a novel strategy of targeting this enhanced MnSOD expression and therefore its activity using other FDA-approved drugs to make the aggressive tumours more sensitive to conventional anti-cancer drugs. They also showed that this strategy would re-sensitise patients who develop resistance to conventional breast cancer drugs such as Docetaxel or Doxorubicin.

The "switch" to aggression

Compared to normal cells, cancer cells experience higher oxidative stress, which is the imbalance between the production of free radicals and the body's antioxidant defences. MnSOD, which is a major antioxidant protein, is especially essential for cancer cells to cope with their high oxidative stress. However, the NUS research team found that too much of the MnSOD protein - as a result of the advancement of the cancer - activates a molecular program to convert a localised tumour to become aggressive and spread to neighbouring organs.

The team's findings also suggest MnSOD as a potential target for treatment of aggressive cancers, beyond breast cancer.

Different subtypes of breast cancer are inherently genetically diverse and different treatment strategies need to be devised against each subtype. Due to the lack of well-defined molecular targets in triple negative breast cancer patients, current treatment options rely heavily on chemotherapy, which is highly non-specific and has adverse side effects. "By suppressing MnSOD expression or its activity in triple negative breast cancer patients, we are able to make the tumour cells less aggressive and more sensitive to chemotherapy," said Dr Kumar.

Moving forward, the NUS team is looking into selective killing of cancer cells by designing small molecules targeting MnSOD, to diminish the invasive properties of such tumours. 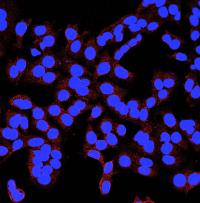