Is it possible to investigate menopausal age, or not? In more than one in three women aged 50, the body provides no clear answer about the menopause, a University of Gothenburg study shows. Increased use of hormonal intrauterine devices and contraceptive pills are the cause.

The springboard for the study was previous research, published in the scientific journal Menopause, showing that women's menopausal age had risen over time. The question addressed this time was whether this trend has persisted.

This trend of rising menopausal age emerged very clearly from a study published by researchers at Sahlgrenska Academy, University of Gothenburg, in 2003. This study was based on the Prospective Population Study of Women in Gothenburg, a major project commenced in 1968.

The data concerned women born between 1908 and 1930, and those born towards the end of this period proved to be older at the onset of menopause. On average, for every ten years later a woman was born, her menopause came when she was one year older.

The causes were assumed to be the same as those of women's menarche (onset of menstruation) occurring at an ever younger age: better diet and health, along with improved maternity care. The statistical significance of the rise in menopausal age was high, and could not be explained by the women's hormone use, smoking, socioeconomic group, BMI, number of children, or age at menarche.

The Prospective Population Study of Women in Gothenburg has continued to survey women aged 38 and 50, most recently in 2016 and 2017. However, in the present, follow-up study, the researchers encountered a problem: for many of the 50-year-old women it was not possible to establish their exact menopausal age.

"We investigated the numbers of 50-year-olds who were still menstruating and those who had stopped menstruating, and found that after 1992 the part still menstruating was somewhat smaller than 1992. However, there's great uncertainty, since many of the women were taking hormones," says Kerstin Rodstrom, general practitioner, researcher at the University of Gothenburg, and the first author of the study.

Just over 37 percent of the women used hormonal intrauterine devices (IUDs), contraceptive pills, or other forms of birth control involving hormones that affect the volume of menstrual flow, menopausal ailments, or both. This group also included women who were no longer menstruating because they had undergone uterine surgery.

Cecilia Bjorkelund, a general practitioner and professor of general practice at the University of Gothenburg, is the senior author of the article.

"Nowadays, the period around the age of menopause is a very active part of women's lives, and the study shows that women today assume great responsibility for, and are in control of, their own fertility and well-being during an important life phase: the middle age," Bjorkelund says.

Title: Is it possible to investigate menopausal age? A comparative cross-sectional study of five cohorts between 1968 and 2017 from the Population Study of Women in Gothenburg, Sweden

Menopause timing hard to determine in every third woman 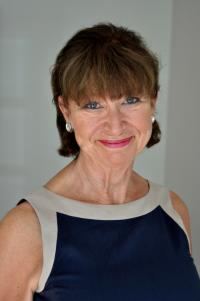