Thousands of people around the world suffer from chronic bowel diseases. One such common disease is ulcerative colitis (UC), which causes inflammation and sores in the digestive tract of affected individuals. Interestingly, the symptoms of UC are caused by many of the body’s natural defense biomolecules gone rogue! A few examples include abnormal elevation of tumor necrosis factor (TNF)-a and integrin levels. To treat UC, doctors prescribe several biologic therapies that act to bring down the elevated levels of these biomolecules.

While this seems like a straightforward strategy to alleviate UC, sometimes these biologic therapies don’t work on a specific subset of patients, aptly called non-responders. Much to the dismay of clinicians and non-responders, these situations lead to unnecessary medication, wasteful expenses, and delay in starting alternatives. Studies place such non-responders at an alarming 20–30% for anti-TNF therapy, which can go up to an additional 15–30% over time, and 43% for anti-integrin therapy. Such dire situations not only call for better therapies, but also for better predictive measures to identify these non-responders, early on.

Several molecular biomarkers corresponding to pathways involved in specific biologic therapy response against UC can be considered for their ability to predict non-response. A group of researchers from China and the USA considered this possibility and sought to identify these biomarkers with therapy non-response predictive potential. Their informative findings have been published as a comprehensive review in Chinese Medical Journal.

Speaking about the aim of this review, Dr. Ji Li from the Department of Gastroenterology, Chinese Academy of Medical Sciences and Peking Union Medical College, who led the study, says, “We summarize the most potential molecular predictors of the response to anti-TNF and anti-integrin agents in UC, according to the pathophysiology.”

Accordingly, Dr. Li and his team identified broad categories of predictive biomarkers, a lot of which allow circumventing the therapeutic effects of the biologics used. One such important category belongs to the innate immune system. Being the first line of defense against entities invading the body, they are likely to be active in non-responders, during their apparent ‘indifference’ to the biologic therapy used. Some of the identified biomarkers in this category include triggering receptor 1 expressed on myeloid, autophagy related 16 like 1, immunity related GTPase M gene, mRNA, and proteins.

Similarly, the other important category belongs to the adaptive immune system. Being known for developing ‘memory’ of the invading entities, and helping mount an appropriate defense, predictive molecular biomarkers in this category are likely to be effective in identifying non-responders. Such biomarkers have already been reported in several studies, according to Dr. Li’s team, including interleukins, Oncostatin M, etc.

Another important category is constituted by biomolecules that allow proteolytic degradation of the biologic therapies used. According to the team, a notable predictive molecular biomarker is serum matrix metalloproteinase 3, since it degrades a few conventionally used anti-TNF agents in vitro, according to a recent study they reviewed.

While use of single predictive molecular biomarkers to identify non-responders sounds ideal, real life applications warrant a more practical approach—one which combines several of these biomarkers. The team states that predictive models have been touted by several studies, as the way forward. These models combine multiple such biomarkers comprising appropriate genes, proteins, single nucleotide polymorphisms, etc.

Although the review team proposes different permutations and combinations of predictive molecular biomarkers to efficiently identify non-responders to UC therapy, none of them currently meets clinical applicability owing to incomplete information. While their review encourages further research into the identified biomarkers, the team also outlines some of the important features to consider while aiming for an ‘effective combo.’ In this regard, Dr. Li suggests, “The ideal predictive biomarker must be easy to obtain, show high accuracy, and have quick feedback in clinical practice.” Overall, this review is a steppingstone to addressing the ‘non-response’ issue in biologic therapies used to treat patients with UC, and can be certainly hoped to inspire action for similar issues with other diseases. 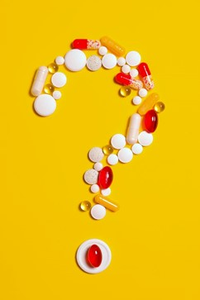