The supercontinent divide—Unravelling an incident of a bygone age

The supercontinent Pangaea, which was a combination of today’s continents, broke apart at the end of the Triassic period due to large-scale volcanic activity. This volcanic activity was thought to be the most likely cause of the fourth mass extinction, but studies were inconclusive and provided no explanation of the environmental changes that occurred at that time.

Therefore, the research group first examined sedimentary rocks from this period, collected from strata in Austria and England. They found that, by the time the mass extinction began, there were many hydrocarbons that can only form at low temperatures. Such hydrocarbons are also common in sedimentary rocks from the late Paleozoic Devonian (380–360 million years ago) and the end of the Paleozoic Permian (about 250 million years ago), which are known to have undergone mass extinctions due to volcanic eruptions. These hydrocarbons, which are not found in ordinary strata, indicate that the mass extinction at the end of the Triassic was also caused by volcanic eruptions.

Scientists had previously estimated, based on analyses of oyster fossils, that the earth cooled during this mass extinction and warmed afterwards. In an attempt to understand this climate change, the group heated the sedimentary rocks and studied the gases that were produced. A large amount of sulfur dioxide (SO2) was released at relatively low temperatures, whereas a large amount of carbon dioxide (CO2) was released at high temperatures.

These results suggest that, at the end of the Triassic, large-scale volcanic activity brought relatively low-temperature magma into contact with sedimentary rocks and released a large amount of SO2. When SO2 enters the stratosphere, it creates sulfuric acid particles that reflect sunlight. These particles prevent plants from photosynthesizing and make the earth colder. Based on these hypotheses and the results of calculations from climate models, the researchers concluded that cold weather caused the mass extinction.

Unveiling climate change at the time

The sedimentary rocks from the post-mass extinction period were also found to contain high levels of coronene, a hydrocarbon formed by hot magma. This tells us that the magma was relatively cold at the end of the Triassic period and then turned hot due to changes in volcanic activity. When this hot magma came into contact with the sedimentary rocks, it increased the CO2 concentration in the atmosphere, leading to global warming.

At the end of the Triassic, mercury was also produced in large quantities. Though an abundance of mercury can indicate large-scale volcanic events, it can also be sourced from terrestrial plants, making it difficult to chalk up the origin of this mercury as the cause of the mass extinction. Therefore, in addition to mercury, the research group used hydrocarbons as evidence to determine the cause of the extinction event, revealing that temperature changes caused by volcanic activity can alter the earth’s climate.

During the Triassic period, large crocodiles reigned on land and preyed on dinosaurs, which were small. However, these crocodiles went extinct as a consequence of the cold weather. The dinosaurs, freed from their natural enemies, grew in size from the Jurassic period to the Cretaceous period and prospered greatly.

Kunio Kaiho, Professor Emeritus of Global Environmental History at Tohoku University and a member of the research group explained that the insights from this study will be useful not only for understanding this particular mass extinction, but also when considering the effects of large-scale eruptions that can still occur. "We have revealed a mechanism that affects a wide range of stories. Depending on whether the magma from volcanic activity is hotter or cooler, the atmosphere will be warmer or colder. This can be said about all large-scale volcanic activity," he says.

Volcanic activity seems to largely determine the fate of life on Earth. Immediately after the announcement of these results, an underwater volcano off the coast of Tonga in the South Pacific erupted on January 15, making humanity keenly aware of the seriousness of volcanic disasters and the need to deepen our understanding of our living planet, Earth.

Original article was provided by the Science Portal and has been translated by Science Japan.

Science Japan is a science news site that provides recent news and stories from Japan’s leading research institutes. It is run by the Asia Pacific Research Centre as part of the Japan Science and Technology Agency (JST), one of Japan’s largest funding agencies, with a focus on information and collaboration within the Asia and Pacific regions.

Science Japan’s goal is to deliver news and information to English speakers around the world with an interest in Japan and its science and technology industries. Daily updates include the latest research news from Japan, and interviews and stories from leading scientists in the region. 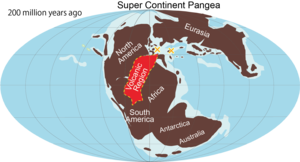