The Wādī Sūq period represents a 400 years during which there was a significant and perhaps turbulent shift in lifestyle. A large aridification event likely made farming and the sedentary lifestyle that accompanies it suddenly difficult. To explain this change, researchers at the Research Institute for Humanity and Nature (RIHN), Kyoto, Japan, have been conducting archaeological work in the Mugharat al-Kahf cave and surrounding region in Wādī Tanūf, Oman, under the auspice of the Omani Ministry of Heritage and Tourism. Their latest report, seen in Arabian Archaeology and Epigraphy, reveals the cave was a critical storage site for food and other items, which allowed inhabitants to adapt to their new mobile lifestyle.

Most archaeological knowledge about the Wādī Sūq period comes from burial sites, but since 2016, RIHN Associate Professor Yasuhisa Kondo and his research team have collected more than 400 artefacts from the Mugharat al-Kahf cave, which has provided new information on the population.

“This cave site provides invaluable information on nonfunerary and nonsedantary characteristics about communities,” a member of the team and the first author of the paper, Miki Takehiro, a project assistant professor from the University of Tokyo, said.

Many of the artefacts taken from the site were bowls and storage jars and had indications of the storage of food and water. In addition, the excavation collected a number of date seeds, which have been the diet of the region since at least the sixth millennium BCE. Their presence in the caves suggests regular trade with villages that grew this crop. Radiocarbon dating indicated these date seeds belong to the the Wādī Sūq period.

However, the small number of samples analyzed by radiocarbon dating from the Wādī Sūq period in nonsedentary sites not just in this study but in general leaves strong conclusions difficult and reiterates the need for more collection and study.

“Evidence is suggesting that this cave was used throughout the Wādī Sūq period and even earlier. What we want to know is how frequently this cave site were used to understand the social organization and mobile lifestyle of this time period,” said Miki.

Cave findings explain a shift in lifestyle in ancient times 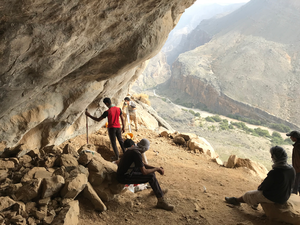 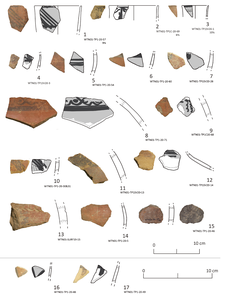 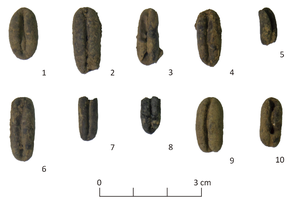