Bright, uniquely colored songbirds are at higher risk of extinction and more likely to be traded as pets, according to researchers reporting in Current Biology on September 15. The researchers also predict that almost 500 additional bird species, most of them living in the tropics, are at risk of future trade based on their unique and desirable coloration.

“Aesthetic value is an important part of how people value nature,” said Rebecca Senior (@RebeccaASenior) of Durham University, U.K. “However, there is potential for conflict when what motivates some people to protect certain species is the same thing that makes other people want to own them. Songbirds are highly sought after in the pet trade, particularly for their beautiful songs. However, songbirds can also be remarkably colorful—a highly desirable trait in other commonly traded species, such as parrots.”

In their new study, Senior and colleagues including Brett Scheffers (@BrettScheffers) of University of Florida, Gainesville explored the antagonistic roles of aesthetic value in biodiversity conservation. They used novel metrics of color to evaluate the aesthetics of groups of birds, across the world and the avian tree of life.

Their analysis shows that the tropics are the epicenter of bird color, with 91% and 65% of the world’s most diverse and uniquely colored assemblages of songbirds, respectively. They report that the pet trade, which affects 30% of all bird species, targets clusters of related and uniquely colored birds. They went on to identify 478 species of birds that may be at risk of future trade based on their appealing colors.

“We were surprised to see the strength of the latitudinal gradient in color; even when you account for the greater number of species in the tropics, the diversity of color in the tropics dwarfs all other regions,” Senior said.

While one might expect brilliant blues, oranges, and yellows to put species at risk, the researchers were also surprised to discover that pure white is a unique color found in many sought-after species, such as the endangered Bali myna. The findings overall highlight that the same color features that make some people willing to travel around the world for a mere glimpse of a bird through binoculars also potentially puts them at risk for pet trading. The findings have important implications for conservation.

“Understanding what motivates trade is essential to identify at-risk species potentially requiring more proactive protection from trapping,” Senior said. “Trade has the capacity to be regulated and managed sustainably with a better understanding of what is traded as well as where and why trade occurs. Loss of colorful species also directly erodes aesthetic value, which is problematic because, for better or worse, it is this value that often fundamentally motivates and funds conservation efforts.”

In future studies, they hope to disentangle even more factors that play into regional variation in patterns of trade among birds. They’d also like to explore the role of color in the trade of other groups of animals and plants.

This work was supported by a Royal Society of New Zealand Marsden grant and the Alfred P. Sloan Research Fellowship.

How songbirds’ striking colors put them at risk 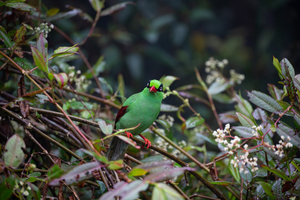 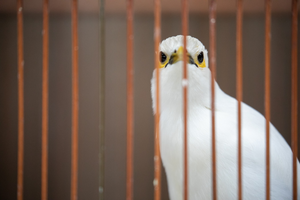