As nations meet in Uruguay to negotiate a new Global Plastics Treaty, marine and forensic scientists publish new results this week that reveal the discovery of synthetic plastic fibres in air, seawater, sediment and sea ice sampled in the Antarctic Weddell Sea. The field research was undertaken during an expedition to discover Sir Ernest Shackleton’s ship, the Endurance. The results are published in the journal Frontiers in Marine Science.

Fibrous polyesters, primarily from textiles, were found in all samples. The majority of microplastic fibres identified were found in the Antarctic air samples, revealing that Antarctic animals and seabirds could be breathing them.

‘The issue of microplastic fibres is also an airborne problem reaching even the last remaining pristine environments on our planet’, stated co-author Professor Lucy Woodall, University of Oxford, Nekton Principal Scientist. ‘Synthetic fibres are the most prevalent form of microplastic pollution globally and tackling this issue must be at the heart of the Plastic Treaty negotiations.’ Professor Woodall was the first to reveal the prevalence of plastic in the deep sea in 2014.

A modelling analysis of air trajectories revealed that areas with higher numbers of fibres were associated with winds coming from southern South America. The discovery reveals that the Antarctic Circumpolar Current and the associated polar front is not, as previously thought, acting as an impenetrable barrier which would have prevented microplastics from entering the Antarctic region.

‘Ocean currents and winds are the vectors for plastic pollution to travel across the globe and even to the remotest corners of the world’, shared Nuria Rico Seijo, Nekton Research Scientist, Oxford, the co-lead author of the research. ‘The transboundary nature of microplastics pollution provides more evidence for the urgency and importance of a strong international plastic pollution treaty.’

The concentration of microplastics was also discovered by the team to be far higher in sea ice than in other sample types. Research indicates that microplastics are being trapped during the creation of the sea-ice layer every year.

‘Sea ice is mobile, can travel vast distances and reach the permanent ice shelves of the Antarctica continent where it can be trapped indefinitely with its gathered microplastic pollutants’, shared Dr Mánus Cunningham, Nekton Research Scientist, Oxford, the co-lead author of the research. ‘We believe the acquisition of microplastics in the multi-year sea ice combined with its seasonal changes could also be considered a temporary sink and one of the main transporters of microplastics within the Antarctic region’, concluded Dr Cunningham.

Extensive research was also conducted on sediment samples retrieved at depths ranging from 323 to 530 metres below the sea’s surface during the Weddell Sea Expedition. ‘Our discovery of microplastics in seabed sediment samples has revealed evidence of a plastic sink in the depths of the Antarctic waters’, said Professor Woodall. ‘Yet again we have seen that plastic pollution is being transported great distances by wind, ice and sea currents. The results of our research collectively demonstrate the vital importance of reducing plastic pollution globally.’

The scientific and forensic experts at Nekton’s Oxford University and collaborating laboratories (Staffordshire University, University of Cape Town and Nelson Mandela University) used a range of investigative methods to analyse the samples in the study. These include optical (Polarised Light Microscopy), chemical (Raman Spectrometry) investigative technologies and even a specialist adhesive “crime scene” tape to identify the polymer type. The modelling analysis used a method called Air Mass Back Trajectory analysis.

‘Our use of forensic science approaches had two important benefits; improved methods for both the reduction and monitoring of possible procedural contamination in the samples, and also more detailed characterisation of the microplastics, beyond just polymer type, allowing for better understanding of the number of possible sources. We would encourage future studies to harness these forensic approaches to ensure more robust data is gathered’ said Professor Claire Gwinnett, Staffordshire University.

According to the research team, the findings add urgency for a binding, globally agreed treaty to prevent microplastics from entering the environment, particularly oceans. Ahead of the Global Plastic Treaty discussions, they call on policy makers to:

They add that concerned individuals can also play their part by adopting simple lifestyle habits to reduce synthetic microfibre pollution. These include:

The Publication: ‘The transport and fate of microplastic fibres in the Antarctic: The role of multiple global processes’ published in Frontiers in Marine Science. https://www.frontiersin.org/articles/10.3389/fmars.2022.1056081/full

Research Partners: The international team, led by Nekton and scientists from Department of Biology, University of Oxford, collaborating with experts from UK and South African research institutions including Staffordshire University (UK), Nelson Mandela University, and the University of Cape Town (South Africa).

Nekton: Nekton works to accelerate the scientific exploration and conservation of the ocean for people and the planet. Nekton is an independent, not-for-profit research institute and is a UK registered charity. www.nektonmission.org

University of Oxford: Oxford University has been placed number 1 in the Times Higher Education World University Rankings for the seventh year running, and ​number 2 in the QS World Rankings 2022. At the heart of this success are the twin-pillars of our ground-breaking research and innovation and our distinctive educational offer. Oxford is world-famous for research and teaching excellence and home to some of the most talented people from across the globe. Our work helps the lives of millions, solving real-world problems through a huge network of partnerships and collaborations. The breadth and interdisciplinary nature of our research alongside our personalised approach to teaching sparks imaginative and inventive insights and solutions. Through its research commercialisation arm, Oxford University Innovation, Oxford is the highest university patent filer in the UK and is ranked first in the UK for university spinouts, having created more than 200 new companies since 1988. Over a third of these companies have been created in the past three years. The university is a catalyst for prosperity in Oxfordshire and the United Kingdom, contributing £15.7 billion to the UK economy in 2018/19, and supports more than 28,000 full time jobs.

Flotilla Foundation: The research was funded by a philanthropic grant from the Flotilla Foundation, a Netherlands based charity that aims to pro­mote the con­ser­va­tion, pro­tec­tion and improve­ment of the phys­i­cal and nat­ur­al envi­ron­ment, in par­tic­u­lar­ly the ocean.

Weddell Sea Expedition: Led by the Flotilla Foundation and in partnership with Nekton, Scott Polar Research Institute, Nelson Mandela University, University of Cape Town and the University of Canterbury – The Weddell Sea Expedition deployed AUVs and ROVs to investigate life beneath the ice and the potential implications of climate change. 36 scientists, surveyors and technicians participated in the 45-day voyage in December 2019 to January 2020. Whilst in the Weddell Sea, the Expedition sought to locate Sir Ernest Shackleton’s vessel The Endurance. The expedition paved the way for the successful discovery of the vessel in 2022.

The transport and fate of microplastic fibres in the Antarctic: The role of multiple global processes 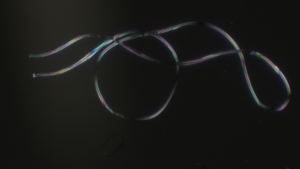 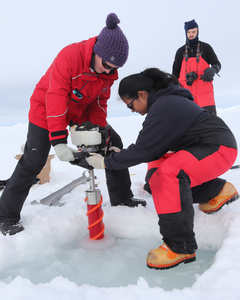 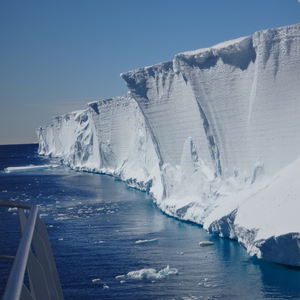 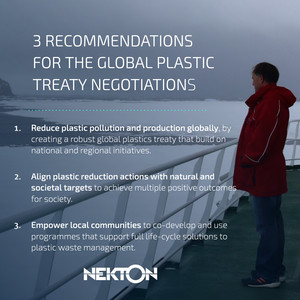 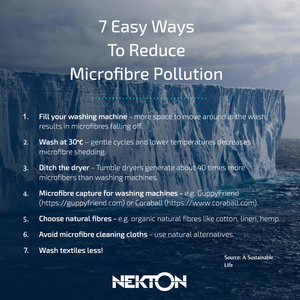