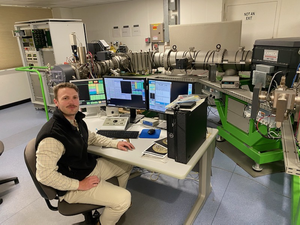 This increased amount of water has broad implications for understanding how Earth’s lower crust forms, how magma erupts through the crust, and how economically important mineral ore deposits form, according to a new paper led by authors from the Woods Hole Oceanographic Institution (WHOI), “High water content of arc magmas recorded in cumulates from subduction zone lower crust,” published in Nature Geoscience. 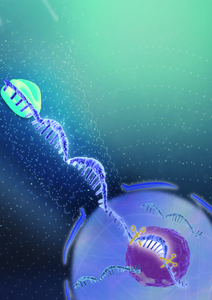 An online tool reveals the extent of gene-restructuring events in noncoding sequences. 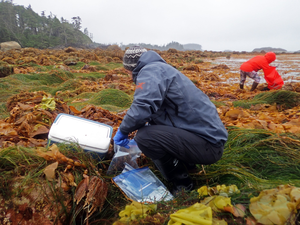 Even the smallest marine invertebrates—some barely larger than single-celled protists—are home to distinct and diverse microbial communities, or microbiomes, according to new research from University of British Columbia (UBC) biologists. The study underscores that a vast diversity of animals have microbiomes, just as humans do. But more surprisingly, there’s little correlation between how closely related most animals are and how similar their microbiomes are—something widely assumed to be true based on the study of humans, larger mammals, and insects.

In a first-of-its-kind experiment, researchers have identified links between 127 genes and immune diseases, providing newfound insights into the sequence and timing of gene activity during the activation of T cells, a key process in regulating the body’s immune response. 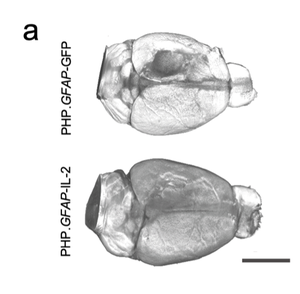 Researchers have designed a targeted therapeutic treatment that restricts brain inflammation. The effectiveness of this approach in improving outcomes was demonstrated following brain injury, stroke or multiple sclerosis in mice. The system increases the number of regulatory T cells, mediators of the immune system’s anti-inflammatory response, in the brain. By boosting the number of T regulatory cells in the brain, the researchers were able to prevent the death of brain tissue in mice following injury and the mice performed better in cognitive tests. The treatment has a high potential for use in patients with traumatic brain injury, with few alternatives currently available to prevent harmful neuroinflammation.

When the delta variant of SARS-CoV-2 hit the United States in summer 2021, it led to a larger-than-expected surge in cases, hospitalizations, and deaths. New Penn State research suggests this lack of preparedness may have been partially due to overestimating the number of US citizens who were immune or partially immune to the virus.

Children who were prescribed antibiotics inappropriately were more likely to develop complications such as diarrhea and skin rashes than children who were treated according to medical guidelines, according to a new study from Washington University School of Medicine in St. Louis and The Pew Charitable Trusts. This misuse of antibiotics resulted in at least $74 million in excess health-care costs in the U.S. in 2017.

About The Study: In this study conducted within an existing community-based COVID-19 testing program, integrating rapid testing for diabetes was feasible, reached low-income Latinx individuals and identified many people with prediabetes and diabetes, most of whom lacked access to services in formal health care settings.

About The Study: The findings of this study that included 430 adults in Korea suggest that macular retinal nerve fiber layer thickness could be considered a predictive biomarker for evaluating cognitive function in older adults.

About The Study: Researchers examined airway injuries and the long-term consequences of button battery ingestion among 195 children.

New research suggests that it is the local ocean environment and population demographics, and not genetics, that best explains the different lengths and pitches of signature whistles – the unique identifying call akin to a name – between common bottlenose dolphin populations in the Mediterranean Sea.