University of Arizona-led research sheds light on how a certain kind of pattern in nature arises. 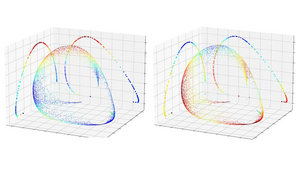 A new study from researchers at University of Chicago creates a method to efficiently calculate quantum phase transitions and could unlock the door to new technological breakthroughs. 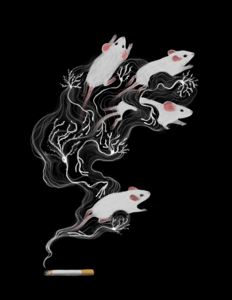 Nicotine activates the dopamine reward network in the brain, but at high doses it also activates a parallel aversive dopamine network recently discovered by UC Berkeley neuroscientists. This discovery and identification of the nicotine receptor responsible for the negative effects of high-dose nicotine provides a target for drug developers. In the future, therapeutics could tweak the network to make nicotine aversive at lower doses in order to help smokers quit. 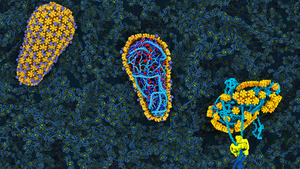 A University of Utah Health-led multi-institutional research center that studies the inner workings and vulnerabilities of HIV, the human immunodeficieny virus that causes AIDS, recently received a five-year, $28 million grant renewal from the National Institutes of Health.

A new study led by Dr. Renee Goodwin, Professor at the CUNY Graduate School of Public Health and Health Policy (CUNY SPH), suggests that marijuana legalization in the U.S. could lead to increased cigarette use.

As fossil fuels continue to be impractical for future energy applications due to cost, conflict and the global climate crisis, Lithium ion (Li+) batteries are a technology attracting enormous attention from research and development across the world. However, lithium ion batteries do have limitations. The urgent need for a stronger, longer-lasting, and more stable battery is central to the push for all-electric vehicles and other energy markets.

In Greek mythology, the story of Odysseus and the Sirens illustrates a paradigmatic example of self-control. When the hero of Homer’s epic prepared to travel past the Sirens, mythical creatures who lure sailors with their enchanted singing, Odysseus instructs his crew to plug their ears with wax and tie him to the ship’s mast. That way, Odysseus can listen to the Sirens as he sails by, and the crew can keep their wits. No matter how much he begs to be released, no one will hear his pleas. Was Odysseus exercising willpower with his plan, or was he merely removing his ability to cave to temptation? Jordan Bridges, a doctoral student in the Rutgers Department of Philosophy, has coauthored a paper in the journal Cognition explaining why this distinction matters for the study of self-control, and what it might tell us about how mere mortals view the power of willpower.

Researchers assessing the accuracy of star ratings for the Nursing Home Care Compare system found the number and severity of pressure ulcers in patients was underreported, thus questioning the reliability of the self-reported data on patient safety measures.

Women around the world should be able to access the best medical treatments that help to delay preterm births and improve neonatal outcomes, new research suggests. 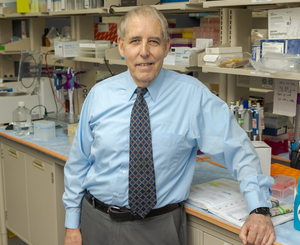 In a study published in Cancer Research, a research team led by C. Patrick Reynolds, M.D., Ph.D., from the TTUHSC School of Medicine Cancer Center, sought to expand upon his lab’s previous research that showed ALT tumors identified by a biomarker known as C-circles share a common biology that confers vulnerabilities to be exploited for cancer therapy. The paper is titled, “Alternative Lengthening of Telomeres in Cancer Confers a Vulnerability to Reactivation of p53 Function.” 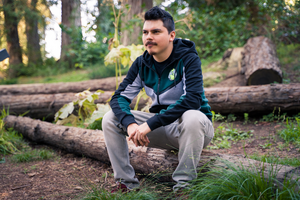 A study from the University of California, Davis analyzes the effect of global rising temperatures and climate change on Gross Domestic Product, finding nearly a quarter of the countries studied are sensitive to such impacts.