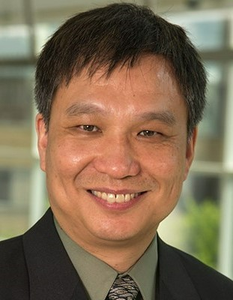 “Anger in Consumer Reviews: Unhelpful but Persuasive?” published in the September 2021 issue of MIS Quarterly, challenges a well-accepted assumption by both researchers and practitioners that more helpful reviews are ultimately more influential. Specifically, the research examines how emotional expressions of anger in a negative review influence the way the review is perceived by its readers.

A new high-oil corn product offers greater amino acid and energy digestibility in growing pigs, according to new research from the University of Illinois. 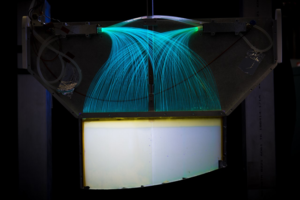 An international team of researchers has made the world's most precise measurement of the neutron's lifetime, which may help answer questions about the early universe

A new high-precision measurement of the neutron skin in doubly magic calcium-48 may help shed light on proton-neutron interactions inside nuclei. This is the first highly robust electroweak measurement of the neutron skin in a medium-weight nucleus. The results from this new measurement, made by the 48Ca Radius EXperiment (CREX) collaboration at DOE’s Thomas Jefferson National Accelerator Facility, will be presented at the 2021 Fall Meeting of the APS Division of Nuclear Physics. The team will take questions at a live virtual news briefing on October 12 at 10:00 a.m. EDT.

Meeting
2021 Fall Meeting of the APS Division of Nuclear Physics

Columbia University Department of Pediatrics and NewYork-Presbyterian Morgan Stanley Children’s Hospital will hold a webinar on October 20th at 6pm on timely developments in the impact of COVID-19 on children’s health and healthcare. The panelists, leaders in pediatric care and experts in infectious diseases, will cover key topics on keeping kids healthy today amid the ongoing Covid-19 pandemic.

A simple form of talking therapy, delivered by trained support workers over the telephone, reduced loneliness in older people left isolated during the pandemic, the initial results of a new study has revealed.

Phage therapy is the concept of using viruses (known as phage) to kill bacteria, instead of using antibiotics. Until now, experiments have largely focussed on exposing bacteria to phage in a flask. Now, researchers at the University of Exeter have developed a new way to mimic these microenvironments, in which a single bacterium would colonise a specific area. Using this method, the team found that in these microenvironments Escherichia coli, a bacterium that is often responsible for food poisoning, does not become genetically resistant to phage, and the majority of the bacterial population is killed by phage.

People who have been diagnosed with a mental illness are more likely to have poor sleep quality compared to the general population, according to the largest study of its kind ever conducted. 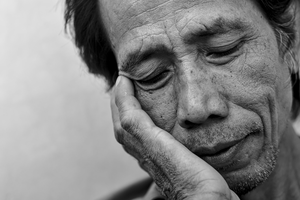 Multiple measures of sleep patterns and sleep efficiency are associated with lifetime diagnoses of mental illness, according to a new study that used wrist accelerometer data to track sleep. The study is publishing October 12th in the open-access journal PLOS Medicine by Shreejoy Tripathy of the University of Toronto and the Centre for Addiction and Mental Health (CAMH), Canada, and colleagues.

Researcher-physicians at Beth Israel Deaconess Medical Center used a novel, highly-sensitive test to measure the amount of toxin produced by C. difficile in the stool of patients with suspected infections.

Researchers at the University of California San Diego conducted a broad student experience survey to learn which factors most impact student success in early computing courses, a field that has historically seen high failure rates and poor student retention. They found that lower performing students reported higher stress levels on multiple factors— including cognitive, socio-economic, and personal—than higher performing students, indicating that when students struggle, they are often facing headwinds on multiple fronts.