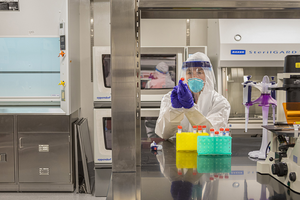 A new system of "replicons” will facilitate efforts to study different coronavirus variants and develop new drugs for COVID. 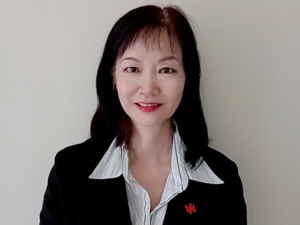 Worried your children are getting too much screen time during the COVID-19 pandemic? A University of Houston study found animated movies can serve as valuable tools for parents and counselors alike to improve communication with children about tough issues. 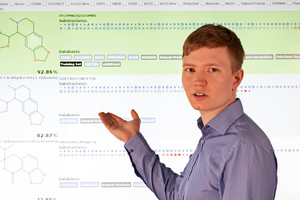 More than a third of all medicines available today are based on active substances from nature and a research team from the University of Jena (Germany) has developed a procedure to identify small active substance molecules much more quickly and easily. The researchers present their method, called COSMIC (Confidence Of Small Molecule IdentifiCations), in the current issue of the renowned journal Nature Biotechnology. 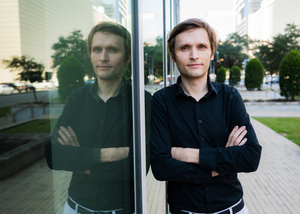 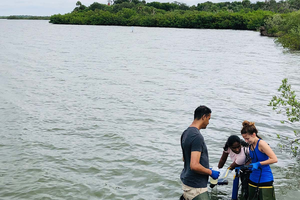 A new study from the University of Central Florida found that the environmental lifestyle that bacteria possess reveal why some go rogue and turn deadly while others remain harmless to humans. The findings, which published recently in the journal Proceedings of the National Academy of Sciences, focus on Vibrio vulnificus, better known as the flesh-eating bacteria. However, what the scientists found could help create a model that may well extend to other human pathogens.

Researchers at the University of Oklahoma contributed to a study published in the journal, Cell, that describes a new antibiotic with the potential to cure Lyme disease. 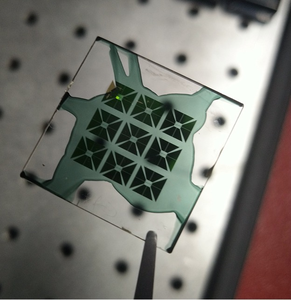 Researchers at the Harvard John A. Paulson School of Engineering and Applied Sciences, in collaboration with a team from Washington University, have developed a simple spatial light modulator made from gold electrodes covered by a thin film of electro-optical material that changes its optical properties in response to electric signals. 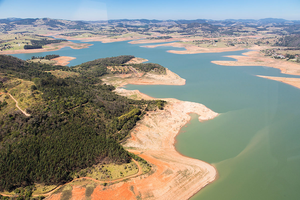 Hydropower is the dominant source of energy in the Amazon region, the world’s largest river basin and a hotspot for future hydropower development. However, a new Global Environmental Change study warns that in the coming decades, climate change-driven reductions in precipitation and river discharge will diminish the Amazon’s hydropower capacity. 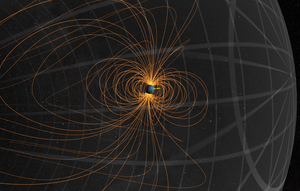 Not all ice is the same. The solid form of water comes in more than a dozen different - sometimes more, sometimes less crystalline - structures, depending on the conditions of pressure and temperature in the environment. Superionic ice is a special crystalline form, half solid, half liquid - and electrically conductive. Its existence has been predicted on the basis of various models and has already been observed on several occasions under - very extreme - laboratory conditions. However, the exact conditions at which superionic ices are stable remain controversial. A team of scientists led by Vitali Prakapenka from the University of Chicago, which also includes Sergey Lobanov from the German Research Center for Geosciences GFZ Potsdam, has now measured the structure and properties of two superionic ice phases (ice XVIII and ice XX). They brought water to extremely high pressures and temperatures in a laser-heated diamond anvil cell. At the same time, the samples were examined with regard to structure and electrical conductivity. The results were published today in the renowned journal Nature Physics. They provide another piece of the puzzle in the spectrum of the manifestations of water. And they may also help to explain the unusual magnetic fields of the planets Uranus and Neptune, which contain a lot of water.

The Covid-19 crisis that gripped the UK between September 2020 and June 2021 can be thought of as a series of overlapping epidemics, rather than a single event, say researchers at the Wellcome Sanger Institute, EMBL’s European Bioinformatics Institute (EMBL-EBI) and their collaborators. 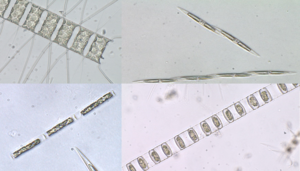 It is a common perception that waters close to population would be more polluted than those offshore or at higher latitudes.  However, researchers from The Hong Kong University of Science and Technology (HKUST) found that the ratio between two common microalgae diatom and dinoflagellate (dino) – a common benchmark of water quality, has been nearly doubled in the Pearl River Estuary (PRE), one of the world’s most urbanized subtropical coastal waters, over the past two decades.