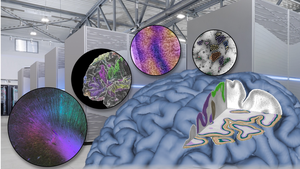 From 50,000 years to 6,000 years ago, many of the world’s largest animals, including such iconic grassland grazers as the woolly mammoth, giant bison, and ancient horses, went extinct. The loss of these grazing species triggered a dramatic increase in fire activity in the world’s grasslands, according to a new Yale-led study published Nov. 26 in the journal Science. In collaboration with the Utah Natural History Museum, Yale scientists compiled lists of extinct large mammals and their approximate dates of extinctions across four continents. The data showed that South America lost the most grazers (83% of all species), followed by North America (68%). These losses were significantly higher than in Australia (44%) and Africa (22%).

The loss of the large-bodied grazers following the late Quaternary thousands of years ago drastically altered fire regimes worldwide, increasing grassy ecosystem fire activity, particularly where extinctions were most severe. These findings from a new study suggest that herbivore-fire impacts operate at continental scales and need to be considered when predicting global fire activity in the past, present, and future. Wildfires provide crucial ecological services and understanding their drivers and frequency is central to understanding ecosystems, climate regimes and biogeochemical processes over geologic time scales. Large grassland grazers limit fire activity by consuming plants that would otherwise provide fuel for wildfires. However, while herbivore-fire interactions are increasingly recognized as important influences on large-scale ecosystem functioning, it remains unclear whether these effects remain locally restricted or if they have far-reaching effects on fire at continental scales. According to the authors, the megafaunal extinctions of the late Quaternary (~50 to 7 thousand years ago) – which resulted in continental-scale depopulation of large-bodied herbivores – present a unique opportunity to test the hypothesis that herbivore effects on wildfires are far-reaching. Allison Karp and colleagues used the late Quaternary extinction as a global exclusion experiment to examine the responses of grassy ecosystem wildfire activity to megaherbivore loss. To do this, Karp et al. compared the severity of extinction in different grassy biomes around the world with changes in paleofire activity derived from sedimentary charcoal data. They found that fire frequency increased more where megaherbivore extinctions were greatest, like South America, and least where fewer extinctions occurred, such as Africa. The results suggest that the loss of large-bodied grazers across the late Quaternary greatly altered wildfire regimes worldwide. The authors note that despite major shifts in extant herbivore communities, few global fire models incorporate herbivore-fire interactions. “Our results highlight the need to incorporate herbivore controls into our understanding of fire activity and explicitly into fire models, which may help reconcile mismatches between observations and modeled scenarios for grassland fire activity.”

Contrary to prior evidence, a new field study in six developing countries finds that community policing did not improve trust between citizens and the police, nor did it reduce crime. The results reveal that community policing – a widely lauded form of police reform – may not improve police-community relations in all contexts. The findings further suggest that law enforcement agencies may need to implement structural changes before incremental police reforms can succeed. Community policing departs from traditional policing by involving citizens in the process to foster trust and legitimacy and improve police-citizen cooperation. While the strategy has been tried around worldwide, its efficacy has largely only been evaluated in wealthy regions, like the United States, the United Kingdom, and Australia. Evidence from developing countries in the Global South is nonexistent. Collaborating with police agencies in Brazil, Colombia, Liberia, the Philippines, Uganda and Pakistan, Graeme Blair and colleagues helped implement locally appropriate community policing interventions informed by global best practices. They then developed six coordinated studies to evaluate whether community policing strategies led to citizens’ improved trust and cooperation with police and lower crime rates. “Setting up the experiments required coordinated efforts that make this work distinctive, not only for community policing but also for policing practices more generally,” writes Santiago Tobón in a related Perspective. Contrary to prior evidence in more developed nations, the authors found that community policing did not improve trust between the public and police, not did it reduce crime. Blair et al. identified several reasons that may explain why such efforts failed in these regions, including lack of prioritization by police leadership, the rotation of community policing officers and leaders championing the reform, and limited police resources to follow up on concerns identified by citizens. While these constraints were common in the study areas, the authors note that they are not unique to the Global South. Thus, the beneficial effects of community policing in rich countries, like the U.S, may reflect not only the outcomes of the intervention itself but also important social and cultural conditions unique to these locations. “The study by Blair et al. suggests that the determinants of police trust and legitimacy remain unclear, at least in the developing world,” writes Tobón. “Regardless of the unexpected results, this research is a proof-of-concept exercise that coordinated experiments to fight crime and violence in developing countries are possible.” For reporters interested in trends, a February 2021 Science study using a large dataset from Chicago, Illinois, provided sharper insight into the impacts of another widely proposed policing reform: diversification in policing. The authors concluded: “The effects of diversification are likely neither simple nor monolithic. Officers are multidimensional, and crafting effective personnel reforms will likely require thinking beyond the coarse demographic categories typically used in diversity initiatives and consideration of how multiple attributes relate police to the civilians they serve.” An October 2021 special issue of Science, “Criminal Injustice,” further explored relevant themes.

A new study aimed at explaining differential susceptibility to viral epidemics reveals that ancestry and associated genetic variation can explain population-level differences in the immune response to the flu virus and perhaps also to COVID-19. Viruses are among the strongest sources of selection pressure in human evolution. However, before the modern era, widespread pandemics were likely rare. Instead, virus outbreaks were confined to regional populations. Thus, if past viral epidemics were geographically contained, they may have driven population divergence in responses to viral infection in pockets. While ancestry has been associated with differences in the responses to viruses, the molecular determinants of these variations remain unclear. Here, to quantify variation in the response to influenza infection, Haley Randolph and colleagues used single-cell RNA sequencing of peripheral blood mononuclear cells infected with influenza A virus in vitro from individuals of European and African genetic ancestry. According to Randolph et al., Infection led to gene signatures that diverged in a cell-type specific manner, correlated with ancestry. One clear exception they found to the overall pattern of genetic ancestry's effects on immune response being cell-type specific was in the interferon (IFN) response following infection. Across all cell types, increased European ancestry was associated with a stronger type I IFN response shortly after influenza infection, which in turn predicted reduced virus levels at later time points. "Given the central role played by IFNs in conferring antiviral activity to host cells, our findings have potential clinical implications not only for influenza infection but also for other viruses, including SARS-CoV-2, for which the timing and magnitude of IFN-mediated antiviral responses are associated with disease progression and severity," say the authors. The study also showed that genes differentially expressed based on genetic ancestry are involved in responses to other single-stranded RNA viruses, including SARS-CoV-2 – a finding that could contribute to the observed differences between COVID-19 susceptibility between African Americans and European Americans.

Brightly colored and iconic Morpho butterflies of the Amazon have evolved a complex collection of adaptive aerodynamic and behavioral traits that allow them to navigate their tropical forest habitats. In a new study, researchers show how natural selection imposed by different microhabitats across forest strata can drive codivergent evolution of wing shape and flight behavior among such closely related species. Flying insects like butterflies exhibit a diversity of flight patterns and aerodynamic mechanisms reflecting unique habitats and lifestyles. Investigating how these creatures fly is central to understanding how natural selection shapes flight. However, while insect flight has been studied in detail in several species, the evolution of flight among closely related species adapted to different habitats isn’t well understood. Using high-speed videography on freely flying butterflies, as well as morphometric analyses and aerodynamic modeling, Camille Le Roy and colleagues investigated the codivergence in wing shape, aerodynamic efficiency, and “flap-gliding” flight behavior among 12 different Morpho species living in different forest strata. Le Roy et al. discovered that these species have evolved a diverse set of morphological and behavioral patterns that differ depending on whether they live in the forest’s understory or canopy. Those that evolved to occupy cluttered understory habitat display more powerful wing-flapping phases, resulting in fast and agile flight. On the other hand, Morpho butterflies that adapted to open canopy habitats evolved improved and efficient gliding abilities, thanks to unique combinations of flight behavior, wing shape, and other aerodynamic mechanisms. These traits varied even across canopy-dwelling species, suggesting multiple pathways of adaptive evolution that led to colonizing this part of the forest.

Researchers reveal a novel mechanism that coordinates the assembly of components inside cells that control gene expression.

High levels of European ancestry are associated with an increase in type I interferon pathway activity in early infection.

Research led by CNIO scientist Héctor Peinado describes that NGFR molecule drives the entire process of early metastasis in melanoma and that blocking it drastically reduces metastasis in animal models. The reduction in metastasis was achieved using THX-B; this molecule is being tested for the treatment of other pathologies, which will accelerate its possible use in the treatment of tumours. 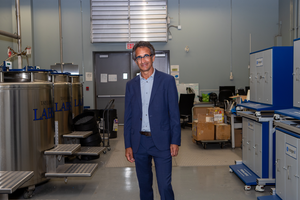 Researchers used telephone and web survey data to examine how health-related factors and social determinants such as income and social participation, impacted the prevalence of depressive symptoms during the initial lockdown starting March 2020 and after re-opening following the first wave of COVID-19 in Canada. Caregiving responsibilities, separation from family, family conflict, and loneliness were associated with a greater likelihood of moderate or high levels of depressive symptoms that got worse over time. Overall, older adults had twice the odds of depressive symptoms during the pandemic compared to pre-pandemic. But those with lower income and poorer health, either due to pre-existing health conditions or health concerns reported during the pandemic, experienced a greater impact. 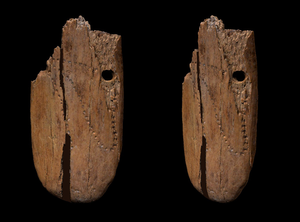 A new multidisciplinary study by an international team reports the discovery of an ivory pendant decorated with a pattern of at least 50 punctures, creating an irregular looping curve. The direct radiocarbon date of the ornament yields an age of 41,500 years. This result indicates that the Stajnia Cave jewellery is the oldest punctate ornament known to date in Eurasia, predating other instances of this type of decoration activity by 2,000 years. This finding broadens our current knowledge on the timing of the appearance of decorative objects by Homo sapiens in Eurasia.