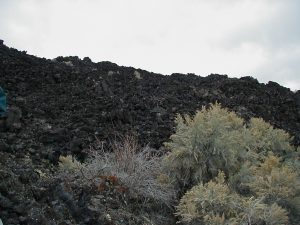 If you drive south through central Utah on Interstate 15 and look west somewhere around Fillmore, you'll see smooth hills and fields of black rock. The area is, aptly, named the Black Rock Desert. It may not look like much, but you're looking at some of Utah's volcanoes.

"The results showed us that we should give more attention to the Black Rock area," says Maria Mesimeri, a postdoctoral research associate with the University of Utah Seismograph Stations. "We need to improve seismic and volcanic monitoring in this area, so that we are aware of small changes that may occur."

Not your typical earthquakes 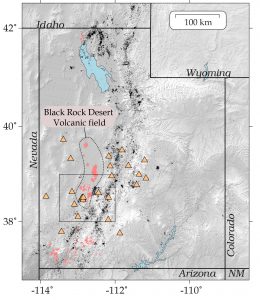 The earthquake sequences, with main shocks of magnitude 4.0 and 4.1 respectively, were picked up by both the Utah Regional Seismic Network and a dense temporary network of seismometers deployed as part of Utah FORGE, an experimental geothermal project funded by the U.S. Department of Energy and operated by the University of Utah, located about 19 miles south of the Black Rock Desert near Milford, Utah. The temporary network allowed researchers to detect more aftershocks than usual. For example, the regional network detected 19 earthquakes as part of the April 2019 sequence. But the dense temporary network detected an additional 35 quakes. Each additional aftershock provided a bit more information for seismologists studying the sequence.

"Because these earthquakes were so shallow," Mesimeri says, "we could measure surface deformation [due to the quakes] using satellites, which is very unusual for earthquakes this small."

Also, Mesimeri and her colleagues found, the quakes produced much lower-frequency seismic energy than usually seen in Utah quakes. And one of the main types of seismic waves, shear waves or S-waves, wasn't detected in the Black Rock sequences. 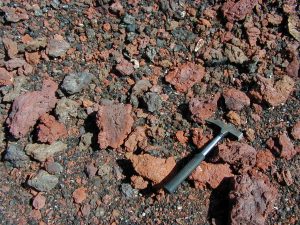 What are volcanoes doing in the middle of Utah? The Wasatch Mountains (and Wasatch Fault) form the eastern margin of a region called the Basin and Range province that stretches west to the Sierra Nevada. The province is being stretched apart by plate tectonics, and that stretching thins the crust, allowing more heat to rise up from the Earth's interior. In the Black Rock area, that heat resulted in eruption of basalt lava up until around 9,000 to 12,000 years ago.

So what do these earthquake sequences mean for the volcanoes of the Black Rock Desert?

"Our findings suggest that the system is still active and that the earthquakes were probably the result of fluid-related movement in the general area," Mesimeri says, referring to potentially magma or heated water.  "The earthquakes could be the result of the fluid squeezing through rock or the result of deformation from fluid movement that stressed the surface faults."

Activity in a volcanic field does not mean eruption, and Mesimeri says that there's no evidence that any eruption is imminent in the Black Rock Desert. But, she says, it's an area that geoscientists may want to monitor a little more closely.