New Haven, Conn. — Two distinguished Yale scientists have been named Senior Scholars in Aging research by the Ellison Medical Foundation, a four-year award made to established investigators for research into understanding development processes that affect lifespan, and age-related diseases and disabilities.

Frank Slack studies the genetic switches that control development, and "aging" as a developmental process. According to Slack, "Changes in gene expression in aged adults — across many species — do not solely seem to be a response to mounting cellular damage. Rather, a conserved, developmentally-timed regulation of gene activity during young adulthood seems to control features of aging."

Past research on C. elegans and Drosophila, laboratory round worms and fruit flies, demonstrated that in early adulthood these animals turn off a conserved group of genes that mobilize energy from food, and turn on stress response genes. There is a similar trend in human brain tissue, where the switch occurs at around age 40, implying that aging, or specifically the time of death, is under a timed control at the genetic level.

"We found that genes that regulate the timing of events during C. elegans development also regulate timing of aging and death during adulthood," said Slack. Consistent with the lifespan analysis, mutants he studied were stress-sensitive and aged prematurely. Since some of these genes coded for small non-coding RNAs called microRNAs, his work provided some of the best evidence for a novel role for microRNAs in aging, and opened the potential of using microRNAs to regulate human health during aging.

Slack joined the Yale faculty in 2000 after completing his undergraduate work in microbiology, biochemistry and molecular genetics at the University of Cape Town, his doctoral work in molecular biology at Tufts University and post-doctoral training at Stanford University School of Medicine and Harvard University. He is also a member of the Yale Cancer Center.

Sandra Wolin will determine how RNA damage that occurs because of normal cellular activity contributes to aging. She is studying how RNA molecules fold into intricate structures inside cells and how cells recognize misfolded RNAs. "In both mammalian cells and yeast, we focus on proteins and RNA-protein complexes that play critical roles in these processes," said Wolin. "Our work has revealed unexpected connections between RNA misfolding, radiation damage repair and autoimmune disease."

Damaged RNAs have often been detected in the brains of aging animals and patients with neurodegenerative diseases such as Alzheimer's disease and Parkinson's disease. However, because the cellular pathways for recognizing and degrading these RNAs are unknown, it has not been possible to determine whether RNA damage contributes to aging or to age-related diseases. Under this program, Wolin will identify genes involved in detecting and degrading damaged RNAs and determine whether they contribute to senescence.

"Once we have identified these important genes in yeast, we will determine whether the same components are involved in this process in mouse and human cells," said Wolin. "We will also determine whether the failure to degrade damaged RNAs contributes to senescence in mouse and human cells. Knowing how RNA damage contributes to aging or to neurodegeneration could be of broad importance for designing therapeutics that slow the aging process."

Wolin joined the Yale faculty in 1991. After undergraduate work in biochemistry at Princeton University, she received both an M.D. degree and a Ph.D. in molecular biophysics and biochemistry from Yale University, and then completed her postdoctoral training at the University of California, San Francisco. She is also a member of the Yale Cancer Center.

The Ellison Medical Foundation Senior Scholar program in Aging brings an award of $150,000 per year over the four years to support established investigators in the development of new and creative research programs.

According to Executive Director Richard L. Sprott, "The Ellison Medical Foundation's goal is to provide scientists with the resources, freedom, and flexibility to pursue high-risk research that could have a scientific impact worldwide. The Foundation expects that its programs will stimulate exciting innovative research that will improve lives and influence future discoveries." 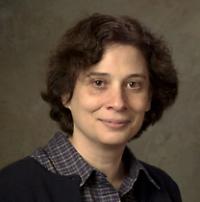