RIVERSIDE, Calif. — Most of us have seen pictures and probably YouTube videos of "tame" animals on the Galapagos Islands, the biological paradise that was Charles Darwin's major source of inspiration as he observed nature and gradually developed his ideas about the importance of natural selection as a mechanism by which populations of organisms would change — evolve genetically — across generations, eventually becoming better and better suited to life in their current conditions.

A corollary of Darwin's revolutionary idea was that organisms would also evolve to lose structures, functions, and behaviors they no longer needed when environmental circumstances changed. He noted that island animals often acted tame, and presumed that they had evolved to be so after coming to inhabit islands that lacked most predators.

But more than 150 years later that almost casual observation remained to come under scientific scrutiny. Now, a team of researchers from the University of California, Riverside, Indiana University Purdue University Fort Wayne and George Washington University have published a study showing that island lizards are indeed "tame" as compared with their mainland relatives. The researchers were able to approach island lizards more closely than they could approach mainland lizards.

"Our study confirms Darwin's observations and numerous anecdotal reports of island tameness," said Theodore Garland, a professor of biology at UC Riverside and one of the paper's coauthors. "His insights have once again proven to be correct, and remain an important source of inspiration for present-day biologists."

Study results appear online this week in the Proceedings of the Royal Society B. They will appear in the journal in print on Feb. 22.

The researchers conducted analyses of relationships of flight initiation distance (the predator–prey distance when the prey starts to flee) to distance to mainland, island area, and occupation of an island for 66 lizard species, taking into account differences in prey size and predator approach speed. They analyzed island and mainland lizard species from five continents and islands in the Atlantic and Pacific Oceans and the Caribbean and Mediterranean Seas.

Their results showed that island tameness exists and that flight initiation distance decreases as distance from mainland increases. In other words, island lizards were more accessible the farther the islands were from the mainland.

"The suggestion by Darwin and others that prey on oceanic islands have diminished escape behavior is supported for lizards, which are distributed widely on both continents and islands," Garland said.

He explained that escape responses are reduced on remote islands, because predators are scarce or absent there, and natural selection under reduced predation favors prey that do not waste time and energy developing and performing needless escape.

The research team also found that prey size is an important factor that affects escape behavior.

"When prey are very small relative to predators, predators do not attack isolated individual prey," Garland said. "This results in the absence of fleeing or very short flight initiation distance."

The researchers found no conclusive evidence showing that flight initiation distance is related to island area. They found, however, that predator approach speed is an important factor in lizards.

"It is possible that other factors favor island tameness. For example, if food is scarce on islands, the cost of leaving food to flee would favor shortened flight initiation distance," Garland said.

The study was supported in part by a grant from the National Science Foundation. 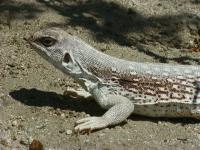 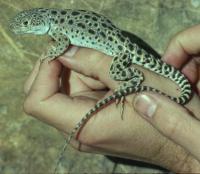