Cleveland... Researchers have found an evolutionary connection between dinosaurs and dung beetles. An international team of scientists uncovered the first molecular evidence indicating that dung beetles evolved in association with dinosaurs. The findings place the origin of dung beetles (Scarabaeidae: Scarabaeinae) in the Lower Cretaceous period, with the first major diversification occurring in the middle of the Cretaceous. This timeline places their origins approximately 30 million years earlier than previously thought. The research explores the potential of a co-extinction with dinosaurs 66 million years ago. The study was published today in the open-access journal PLOS ONE.

The results confirmed that the evolution of herbivorous scarab beetles tracked the ecological dominance of flowering plants, or angiosperms. Interestingly, the dung beetles also underwent a similar diversification pattern as the herbivorous scarabs, providing the first evidence of indirect influence of angiosperms on non-herbivorous insects. The study places the evolution of dung beetles at about 115 to 130 million years ago in the Lower Cretaceous.

"Surprisingly, the timing and diversification of dung beetles is correlated with the ecological dominance of angiosperms," said lead author Dr. Nicole Gunter, invertebrate zoology collections manager at The Cleveland Museum of Natural History. "Through these findings, we hypothesize that the incorporation of flowering plants in the diet of dinosaurs resulted in the first palatable dung source for feeding--providing a new niche for evolution."

"Dinosaurs were the dominant terrestrial animals for 135 million years and definitely shaped ecosystems throughout their existence," said co-author Dr. Stephen Cameron of Queensland University of Technology in Australia. "This paper is the first to demonstrate that the speciation of a group was tied to utilizing dinosaurs as an ecological resource--their dung." The scientists note the existence of dinosaur coprolites (fossilized feces) showing evidence of tunneling attributed to dung beetle feeding dated at 70 to 80 million years ago, which is in line with the new hypothesis on dung beetle evolution outlined in this new study.

"This research provides evidence supporting an extinction of dung beetles approximately 60 to 70 million years ago that can be readily associated with the Cretaceous-Paleogene mass extinction of non-avian dinosaurs," said Gunter. "Our findings suggest that the loss of dinosaurs and their dung impacted dung beetle diversification--fortunately, they survived the extinction event. We hypothesize that modern dung beetles are descended from species that fed either on the dung of dinosaurs and early mammals, or species already adapted to feeding on Cretaceous mammal dung. We hope that this research brings attention to invisible extinctions not captured in the fossil record."

Although the findings challenge previous research that associates the origin of dung feeding with mammals, this study also indicates dung beetles diversified at their greatest rate in the Paleogene in line with the major diversification of mammals. The team suggests that additional research is needed to disentangle the causes of the most recent diversification and to shed more light on the survival of dung beetles through the Cretaceous-Paleogene mass extinction. This story of dinosaurs, flowering plants, mammals and scarab beetles demonstrates the complex interactions of evolving ecosystems and that it is possible to determine the drivers of diversification, even for insects where the limited fossil record provides little insight into Cretaceous life.

To view a video interview:

To read the journal article:

About The Cleveland Museum of Natural History

The Cleveland Museum of Natural History, incorporated in 1920, is one of the finest institutions of its kind in North America. It is noted for its collections, research, educational programs and exhibits. The collections encompass millions of artifacts and specimens, and research of global significance focuses on 10 natural science disciplines. The Museum conserves biological diversity through the protection of more than 7,400 acres of natural areas. It promotes health education with local programs and distance learning that extends across the globe. Its GreenCityBlueLake Institute is a center of thought and practice for the design of green and sustainable cities. http://www.cmnh.org. 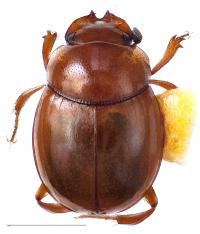