DALLAS - April 22, 2021 - Being Black or Hispanic, living in high-poverty neighborhoods, and having Medicaid or no insurance coverage are associated with higher mortality in men and women under 40 with cancer, a review by UT Southwestern Medical Center researchers found.

"Survival is not different because of biology. It's not different because of patient-level factors," says Caitlin Murphy, Ph.D., lead author of the study and an assistant professor of population and data sciences and internal medicine at UT Southwestern. "No matter which way we looked at the data, we still saw consistent and alarming differences in survival by race - and these are teens and young adults."

Other findings based on an analysis of Texas Cancer Registry data from 1995 to 2016 showed:

- Black men with non-Hodgkin lymphoma had a 57 percent survival rate compared with 75 percent for white men.

- The survival rate for Black patients with testicular cancer was 88.7 percent, compared with 96.6 percent for white patients. Survival decreased as poverty increased for these highly treatable cancers among all race and ethnic groups.

- Men with private insurance had survival rates 20 percent higher for testicular, colorectal, and kidney cancer, and non-Hodgkin lymphoma than for men with no insurance or with Medicaid.

"By far the strongest predictor or association was race. In particular, the Black race was consistently associated with lower survival, even if patients are not poor and have insurance," Murphy says.

The study, published in the Journal of the National Cancer Institute, included 55,000 female and more than 32,000 male cancer patients ages 15 to 39, a population in which few studies have been conducted as the average age of most cancer patients is 66. The Texas Cancer Registry, established in 1995 by the Texas Department of State Health Services, is one of the largest cancer registries in the United States.

"Where Black teens and young adults are with cancer survival today is worse than it was for white kids about 10 years ago. It's unreal," Pruitt says. "I think it is underappreciated how much the conditions in which we are born and live impact our health, and, in this case, the health of a very special and underserved population - teens and young adults with cancer. Persistent poverty and racism, combined with the low rate of health insurance which is common in Texas, are part of the context that leads to the worse survival for certain population groups we've observed in this study."

The authors call for future research and interventions to address the disparities, including better health insurance coverage, greater inclusion of teens and young adults in clinical trials, more collection of biospecimens from underserved teens and young adults, programs and policies designed to be anti-racist, and additional studies comparing risk factors, treatment, and outcomes.

This study was supported by the U.S. Department of Defense (award number CA181215).

UT Southwestern, one of the premier academic medical centers in the nation, integrates pioneering biomedical research with exceptional clinical care and education. The institution's faculty has received six Nobel Prizes, and includes 23 members of the National Academy of Sciences, 17 members of the National Academy of Medicine, and 13 Howard Hughes Medical Institute Investigators. The full-time faculty of more than 2,800 is responsible for groundbreaking medical advances and is committed to translating science-driven research quickly to new clinical treatments. UT Southwestern physicians provide care in about 80 specialties to more than 105,000 hospitalized patients, nearly 370,000 emergency room cases, and oversee approximately 3 million outpatient visits a year. 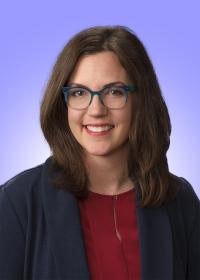