But how does TAVR compare to SAVR when it comes to the metrics of average length of stay (LOS) in the hospital and discharge to home versus discharge to a skilled nursing facility? A new study led by researchers in the UNC School of Medicine's division of cardiology and published Sept. 14 in Circulation: Cardiovascular Interventions seeks to answer that question.

The study authors analyzed hospitalizations data from the National Inpatient Sample (NIS) database for more than 13,000 adults aged 50 or older who underwent either TAVR or SAVR between 2012 and 2015. They found that the average length of stay declined among both groups of patients, but there was a significantly greater reduction among TAVR patients.

"From 2012 to 2015, there was substantial decrease in LOS and an increase in the proportion of home discharges during the same time period among patients undergoing TAVR. In addition, high-risk patients had a significantly shorter LOS when undergoing TAVR, were more likely to be discharged home, and were less likely to be discharged to a skilled nursing facility, compared to if they had undergone SAVR," the study concludes. 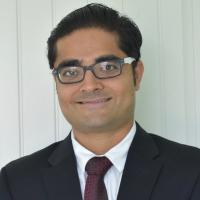