Outbreaks of leukemia that have devastated some populations of soft-shell clams along the east coast of North America for decades can be explained by the spread of cancerous tumor cells from one clam to another. Researchers call the discovery, reported in the Cell Press journal Cell on April 9, 2015, "beyond surprising."

"The evidence indicates that the tumor cells themselves are contagious--that the cells can spread from one animal to another in the ocean," said Stephen Goff of the Howard Hughes Medical Institute and Columbia University. "We know this must be true because the genotypes of the tumor cells do not match those of the host animals that acquire the disease, but instead all derive from a single lineage of tumor cells."

In other words, the cancer that has killed so many clams all trace to one incidence of disease. The cancer originated in some unfortunate clam somewhere and has persisted ever since as those cancerous cells divide, break free, and make their way to other clams.

Only two other examples of transmissible cancer are known in the wild. These cancers include the canine transmissible venereal tumor, transmitted by sexual contact, and the Tasmanian devil facial tumor disease, transmitted through biting.

In early studies of the cancer in clams, Goff and his colleagues found that a particular sequence of DNA (which they named Steamer) was found at incredibly high levels in leukemic versus normal clam cells. While normal cells contain only two to five copies of Steamer, cancerous cells can have 150 copies. The researchers at first thought that this difference was the result of a genetic amplification process occurring within each individual clam.

But when first author of the study Michael Metzger analyzed the genomes of cancer cells collected in New York, Maine, and Prince Edward Island, he discovered something else entirely. The cancerous cells they'd collected from clams living at different locations were nearly identical to one another at the genetic level. They were clones.

"We were astonished to realize that the tumors did not arise from the cells of their diseased host animals, but rather from a rogue clonal cell line spreading over huge geographical distances," Goff said.

The result shows that the cells can survive in seawater long enough to reach and sicken a new host. It is not yet known whether the soft-shell tumor can spread to other molluscs, or whether there are mechanisms that recognize the malignant cells as foreign invaders and attack them.

Goff says there is plenty they don't know about this cancer, including when it first arose and how it spreads from one clam to another. They don't know what role Steamer played in the cancer's origin, if any. And they don't know how often these sorts of cancers might arise in molluscs or other marine animals.

But, the researchers say, the findings do suggest that transmissible cancers are more common than anyone suspected.

"Natural horizontal transmission of cancer between individuals has been considered a rare phenomenon, restricted to two exceptional cases in mammals," the researchers wrote. "Our finding of the horizontal transmission of a clonal clam leukemia extends the phenomenon to the marine environment, and demonstrates that this mechanism is more widespread in nature than previously supposed."

This work was supported by the Howard Hughes Medical Institute and the National Institutes of Health.

In the sea, a deadly form of leukemia is catching 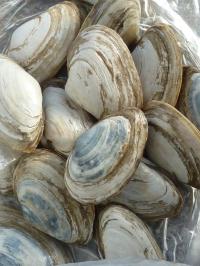 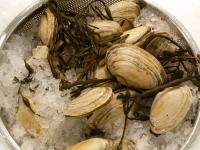