One in five adults in the United States report they have experienced change - mostly a decrease - in their sexual behavior during the early months of the COVID-19 pandemic, according to a new study by Indiana University researchers.

The study, co-authored by Devon Hensel, associate research professor of pediatrics at the IU School of Medicine, and Debby Herbenick, professor in sexual and reproductive health at the IU School of Public Health-Bloomington, examined changes in solo and partnered sexual behaviors from about mid-March to mid-April, when most of the country was subject to stay-at-home guidance, in an effort to learn more about Americans' sexual lives and relationships during the first month of social distancing. The study has been published via preprint in medRxiv.

Herbenick and Hensel will present preliminary findings of the study at a virtual conference of the American Association of Sexuality Educators, Counselors and Therapists on June 4.

"Understanding how sexual behavior changes during a pandemic, specifically COVID-19, is necessary to continue to adapt public health COVID-19 management in ways that are consistent with people's sexual health and well-being," said Hensel. "Our data illustrates the very personal ways in which different pandemic-associated factors may create or inhibit opportunities for solo and partnered sex."

The study used a U.S. nationally representative probability survey of adults to look at changes in 10 solo and partnered sexual behavior categories. Researchers looked at factors such as how knowledgeable individuals are about the virus; mitigation measures such as social distancing and recommended hygiene; if participants had children in the home and their ages, and mental health variables including depressive symptoms and loneliness.

"In the first month of social distancing and stay at home guidance, many people experienced substantial change in their relationships," said Herbenick. "While some people found themselves spending time constantly with their romantic or sexual partners, others found themselves separated from partners or unable to date or meet up with potential partners."

The study found that participants with any children at home under the age of five were three times more likely to report increased hugging, kissing, cuddling or holding hands with a partner in the past month, while having elementary-aged children was often linked to decreased reports of these behaviors.

Those findings could be attributed, Herbenick said, to parents of smaller children being able to better maintain pre-pandemic schedules and routines. Likewise, parents of small children could have reported an increase in hugging, kissing, cuddling or holding hands because it is part of group/family interactions such as family cuddles.

In terms of mental health factors, the study found that depressive symptoms and loneliness were associated with both reduced partnered bonding behaviors, such as hugging, cuddling, holding hands and kissing, as well as reduced partnered sexual behaviors. These mental health factors could be attributed to social distancing measures, the researchers said, that while necessary, can exacerbate feelings of depression and loneliness for some people.

Consistent with existing research, the study also found that people who perceived they were at greater odds for COVID-19 medical consequences (they or a loved one getting sick) or for COVID-19 social consequences (job loss or missing medical appointments) were more likely to report decreased partnered sexual behaviors.

Those with greater COVID-19 knowledge were more likely to report stability in partnered sexual behaviors. However, the study could not assess whether greater knowledge increased people's comfort to maintain existing habits, or how greater knowledge might lead some people (particularly single adults) to risk reduction behaviors that also affected their sexual behavior - for example, refraining from meeting up with new partners.

Individual circumstances, and access to resources such as health care and services, impact decisions about how and when to have sex, Hensel said. Pandemics cause interruptions in resources that can lead to adverse outcomes such as unintended pregnancies. Unwanted abstinence, Hensel said, could also result in mental and sexual health consequences.

"This study is a reminder that pandemics impact every aspect of the human experience, including sexuality," Hensel said. "Better understanding of how real-life pandemic management - such as childcare, mental health challenges, and worries about getting sick - impacts solo and partnered sex aids professionals in helping people tailor solutions to any sexual challenges they may have. " 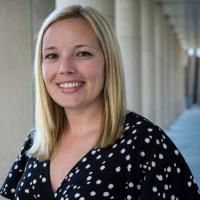