Regular exercise improves balance for people with dementia and reduces dependence on assistance. This according to new research on healthcare for people suffering from dementia conducted at Umeå University in Sweden, which has now been published in the Journal of the American Geriatrics Society.

In a unique study on people with dementia living in residential care facilities, researchers from Umeå University have found that regular functional exercise, similar to everyday activities and performed at high intensity, can improve balance and reduce dependence on assistance in activities of daily living, such as for instance mobility or toilet visits. Training sessions lasting 45 minutes, two to three times per week, can lead to an improved quality of life for individuals suffering from dementia - a progressive illness leading to gradual reduction in cognitive and physical function.

"Regular exercise has a positive effect on people with dementia and should, therefore, be included in the care in residential care facilities. Studies such as the present one are rare, but provide important knowledge to further build upon in order to develop care of people with dementia as a cost-effective means of meeting future challenges, and help individuals to maintain independence longer," says Annika Toots, PhD student at the Department of Community Medicine and Rehabilitation at Umeå University, and first author of the article.

The study, described in the article Effects of a high-intensity functional exercise program on dependence in activities of daily living and balance in older adults with dementia, is a part of the greater Umeå Dementia and Exercise Study (UMDEX), performed involving people with dementia in residential care facilities. As a next step, research groups at the Unit of Physiotherapy and Geriatric medicine will analyse which effect exercise has on for instance ability to walk and cognitive ability in the target group, as well as how participants and physiotherapists experienced the exercise programme.

The published study involved 186 people with dementia in 16 different residential care facilities in the Umeå area. All participants were 65 years of age or above and in need of personal care. The participants were randomly allocated into two groups, where one group undertook a high-intensive, functional exercise programme led by physiotherapists. The programme included various functional exercises that aimed to improve leg strength, balance and walking, which are part of everyday activities. The workout covered 45 minutes, two to three times per week for a duration of four months.

Instead of training, the sedentary control group took part in stimulating activities of group conversations, singing and reading aloud sessions. The purpose of this was to control the positive effects that stimulation through togetherness and attention have. All participants were tested before, as well as four and seven months after the completion of the programme.

Due to the progressive course of dementia, a deterioration was noted in all participants' abilities to independently manage everyday activities. The deterioration occurred at a slower pace in the exercise group and they showed an improved balance. The positive effects of the exercise varied depending on the type of dementia, where the group with vascular dementia experienced better effects of exercising than participants with Alzheimer's disease. To better plan and carry out exercise for people with dementia, it can, therefore, be of importance to identify the type of dementia.

Exercise for people with dementia improves balance and reduces dependence 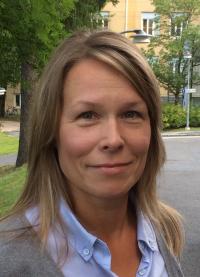