Half of the Scottish adult population do not feel confident administering CPR - and more than a fifth do not know when it is required, according to a new study led by the University of Stirling.

The study, which has been welcomed by the Scottish Government, is the first to examine the readiness and willingness of Scots to carry out cardiopulmonary resuscitation (CPR). Experts believe the work could help to explain why our survival rates from cardiac arrest are poor when compared to other countries.

Fiona Dobbie, a Research Fellow at the Institute of Social Marketing, part of the Faculty of Health Sciences and Sport, led the work, which also involved the Resuscitation Research Group at the University of Edinburgh and the Scottish Government.

"The findings of our study will help develop policy and future interventions to improve the rate of bystander CPR," Ms Dobbie said. "From a policy perspective, there is a need for more tailored and targeted interventions to encourage CPR training, which has been linked with improving confidence in CPR. As confidence increases, so does the likelihood of providing emergency aid in an out-of-hospital cardiac arrest.

"Our findings suggest that priority groups are people who are not working, in a lower social grade and the elderly."

In 2015, Scotland's Strategy for Out-of-Hospital Cardiac Arrest was launched with the aim of equipping 500,000 people with CPR skills in a bid to save an additional 300 lives per year following an out-of-hospital cardiac arrest.

The new study, which informs the Strategy, comprised an Ipsos MORI survey, which canvassed 1,027 adults in Scotland.

Twenty-two per cent would not be comfortable giving CPR, for fear of causing an injury to the victim, while 19 per cent would be reluctant due to their lack of skills. The same proportion would be put off by visible vomit or blood and 16 per cent by indications that the ill person is a drug user, the poll found.

Respondents with professional, managerial and non-manual occupations were more likely to have been trained in CPR than those in manual, unskilled occupations and the long-term unemployed.

Dr Gareth Clegg, a Senior Clinical Lecturer at the University of Edinburgh, an Honorary Consultant in Emergency Medicine at Edinburgh Royal Infirmary, and an Associate Medical Director, of the Scottish Ambulance Service, co-authored the paper.

He said: "Survival from cardiac arrest in Scotland is a poor relative to the best performing centres in the world. One of the most important determinants of survival is bystander CPR, which more than doubles chances of survival.

"We already know that people in the most deprived areas in Scotland are much more likely to have a cardiac arrest, at a younger age, and less likely to survive than those in affluent areas.

"This work is important because it suggests that those living in communities which are most likely to need CPR are least ready to carry it out."

Dr Clegg added: "Using the findings from this research, we hope to develop ways to teach hundreds of thousands of people in Scotland how to perform CPR - and save hundreds more lives each year."

Minister for Public Health Aileen Campbell said: "That half of adults in Scotland in this survey were already confident giving CPR gives us a firm foundation to build on, and to date more than 200,000 people across the country have learned CPR since 2015.

"This is great progress towards our 500,000 target by 2020 and a testimony to the work put in by our Save A Life For Scotland partnership, who have brought these lifesaving skills to more people across the country.

"Any CPR is better than no CPR and we know it's the main way we can increase survival after Out of Hospital Cardiac Arrest."

The study, Attitudes towards bystander cardiopulmonary resuscitation: results from a cross-sectional general population survey, was funded by the Resuscitation Research Group at the University of Edinburgh and is published in PLOS ONE.

Half of Scots 'not confident' in giving CPR, study finds 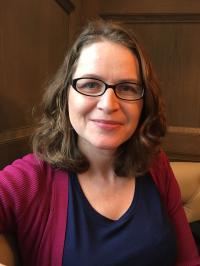