The peptide —a small protein— beta-amyloid is strongly associated with Alzheimer's disease; however, researchers are still looking for unequivocal proof that this peptide is the causal agent of the onset and development of the disease. The main obstacle impeding such confirmation is that beta-amyloid is not harmful when found in isolation but only when it aggregates, that is when it self-assembles to form the so-called amyloid fibrils

"We are not dealing with a single target, beta-amyloid alone, but with multiple ones because each aggregate of peptide, which can go from two units to 3,000 is a potential target. Determining the aggregate responsible for neuronal death is extremely complex and is one of the key issues for confirming or rejecting the hypothesis regarding beta-amyloid," explains Natàlia Carulla, scientist at the Institute for Research in Biomedicine (IRB Barcelona) and principal investigator of the study published today in the scientific journal ACS Chemical Biology. In their latest work, Carulla and collaborators describe a technique that has allowed them, for the first time, to distinguish different types of beta-amyloid aggregates formed during aggregation and in parallel to establish which is most toxic. The study provides further evidence in support of the hypothesis that neuronal death is caused by intermediate aggregates of beta-amyloid and reveals that the development of structure within these aggregates determines their ability to cause neuronal death.

The Harmful Forms of Beta-Amyloid

The scientists treated cultures of mouse neurons with samples obtained at different times of the aggregation process. The point at which they observed the highest neuronal death, reaching about 60%, occurred when cells were exposed to intermediate aggregates of beta-amyloid that had developed a certain degree of structure. The experiments with mouse neurons were performed in collaboration with Eduardo Soriano's team at the University of Barcelona, they prepared neuronal cultures from the hippocampus, the brain region in which neuronal lost is first observed in Alzheimer's disease.

"The technique that we have set up allows us to detect how the structure within these aggregates increases, that is to say, how the aggregates take shape and how they get organized. We observed that maximum toxicity occurs when they have acquired a given degree of structure, a certain rigid part in the aggregate," explains Carulla.

The scientists uphold that this is precisely one of the most promising results of the study presented today. "We can see structure, organization and common pattern and therefore the hope is that if we manage to characterize this pattern, we will be able to look for and design therapeutic molecules that prevent their formation or cause their disruption" says first author of the article Bernat Serra-Vidal, whose PhD thesis was based on this work.

Furthermore, the researchers explain that the tools developed to study beta-amyloid aggregation could be used to examine the aggregation of other proteins that are associated with conditions such as Parkinson's disease, Huntington's disease, and type 2 diabetes.

Founded in 2005 by the Government of Catalonia and the University of Barcelona, the Institute for Research in Biomedicine (IRB Barcelona) is "Severo Ochoa Centre of Excellence", since 2011. The 23 groups hosted by the institute are devoted to basic and applied research at the interface between molecular and cellular biology, structural and computational biology, and chemistry, with experts in proteomics, genomics, biostatistics, and advanced digital microscopy. The research at IRB Barcelona is organised into five programmes, which work together with the common goal of conducting multidisciplinary projects that address important biomedical problems affecting our society, with special emphasis on cancer, metastasis, Alzheimer, diabetes and rare diseases. The institute is home to approximately 440 employees from 38 countries. IRB Barcelona's ultimate objective is to translate research results to the clinic and has already established three biotechnology spin-off companies to this end. More than 25% of its scientists receive funding from the European Research Council –seven projects. The institute is located in the Barcelona Science Park (PCB), in the Diagonal Campus of the University of Barcelona. Director: Dr. Joan J. Guinovart.

Laying siege to beta-amyloid, the key protein in Alzheimer's disease 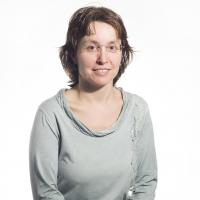 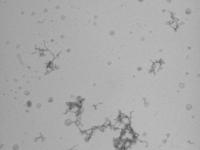