A little frustration can make life interesting. This is certainly the case in physics, where the presence of competing forces that cannot be satisfied at the same time - known as frustration - can lead to rare material properties. Just as water molecules become more ordered when they cool and freeze into ice crystals, the atoms of magnets become more ordered with decreasing temperature as the tiny magnetic fields or 'spins' of individual atoms start to point in the same direction. So-called 'spin liquids' are the exception to this rule, with spins continuing to fluctuate and point in different directions even at very low temperatures. They offer exciting possibilities for new discoveries in physics. Scientists from the Okinawa Institute of Science and Technology Graduate University (OIST) have modelled a particular spin liquid, showing that disorder can co-exist with order. Three major publications mark the milestones in this field of research.

First, Dr. Ludovic Jaubert from OIST's Theory of Quantum Matter Unit worked alongside scientists at University College London and the Ecole Normale Supérieure of Lyon to propose a model for the co-existence of both magnetic order and disorder back in 2014. By simulating what would happen when neutrons are fired at frustrated magnets - so-named because of the strong competition of forces between the spins of individual atoms - Jaubert and colleagues were able to produce brightly-colored neutron-scattering maps. If the spins in the atoms of the material were lining up in an ordered fashion in the magnet you would expect to see spots on the maps known as 'Bragg peaks', whereas with spin liquids you would expect to see bow-tie shapes, called 'pinch points'. To their surprise, the scientists noticed both Bragg peaks and pinch points on their neutron-scattering maps, suggesting that the disordered properties of a spin liquid can simultaneously exist with ordered magnetism.

"Spin liquids are paragons of magnetic disorder. It was very exciting to see the characteristic features of a spin liquid in a partially ordered magnet. It is really motivating to think of the fundamental opportunities this offers for our understanding of condensed matter," says Jaubert.

The second milestone in this field of research occurred earlier this year, when a publication in Nature Physics showed that the theory of Dr. Jaubert and coworkers held up in experimental observation, using the magnetic material neodymium zirconate (Nd2Zr2O7). "The results of this experiment confirm the theory that Dr. Jaubert presented on the co-existence of magnetic order and disorder in 2014," says Dr. Owen Benton, a former Postdoctoral Scholar in the Theory of Quantum Matter Unit, led by Professor Nic Shannon.

However, more work was necessary to link this new experiment to Jaubert's original idea. To uncover how neodymium zirconate could be both ordered and disordered at the same time, Benton set to work on the latest milestone of this research, theorizing an appropriate microscopic model for this magnetic material. Using his model, Benton showed that neodymium zirconate exists in both an ordered and fluctuating state, making it a very unusual kind of magnet.

The work also shows that neodymium zirconate is on the edge of becoming a quantum spin liquid - a rare state of matter opening a back door into the quantum world. In a true quantum spin liquid, the spins of a material would not just fluctuate through many different directions as a function of time but would point in many different directions at the same time.

"If you could show that there was such a thing as a quantum spin liquid it would be like an example of Schrodinger's cat on a large object," says Benton. Schrodinger's cat is a famous thought experiment in physics in which a cat in a sealed box with a radioactive source is both alive and dead at the same time. Just as the cat exists in multiple states, i.e. alive and dead, simultaneously, this research paves the way for finding real magnets that are in many states at once.

"This study also demonstrates that we can get a very complete picture of the physics of neodymium zirconate using a model," says Benton. Further theoretical and experimental research of this and related materials could reveal even more unexpected and exciting phenomena.

Spin liquid on a peak 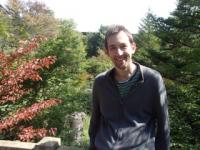