Environmental conditions have a much stronger influence on the mix of microbes living in various parts of your body than does competition between species. Instead of excluding each other, microbes that fiercely compete for similar resources are more likely to cohabit the same individual.

This phenomenon was discovered in a recent study of the human microbiome – the vast collection of our resident bacteria, fungi, and other tiny organisms.

The findings were published in the early online edition of PNAS, the Proceedings of the National Academy of Sciences. The study is one of the early steps toward a major goal of Dr. Elhanan Borenstein, the lead scientist on the project. His team hopes to build a predictive model of the human microbiome as a tool to study how medical conditions can change this massive biological system, to identify settings that promote beneficial microbiomes, and to design clinical interventions to treat currently hard-to-manage problems. For example, diet or drug therapies might be developed to manipulate the microbiome to achieve desired outcomes, such as fixing chronic digestive inflammation.

"The large communities of microbes residing on and inside us are critical to our state of health or illness," said Borenstein, a University of Washington assistant professor of genome sciences and computer science and engineering, who conducted the study with his graduate student, Roie Levy.

Borenstein explained why medical scientists are interested in the forces that structure our distinctive assemblies of microbes: This knowledge may show clinicians how to restore a more normal pattern in patients whose microbiome has been disrupted by illness, infection, toxins or injury. It can also help them better understand how disease states, such as obesity or inflammatory bowel disease, are reflected in and affected by the microbiome.

"Through major genetics studies," Borenstein noted, "scientists have made valuable progress in gathering information on the species composition of the human microbiome in health and disease." He added that little is known, however, about the underlying ecology that determines the make-up of the human microbiome. Compositional studies alone do not explain how the various microbial species interact, cooperate or compete to form, maintain or alter their populations.

Borenstein and his team use a systems biology approach and apply sophisticated computer modeling to understand the structure, function, and dynamics of the microbiome. In the current study, for example, they utilized genomic information from hundreds of microbial species commonly found in humans to create computer models of nutrient and energy metabolism. From these models they predicted the nutrients each species requires and the interactions between microbes. Specifically, they were able to estimate how strongly each pair of microbes competes over available nutrients or cooperates in producing necessary compounds. They then compared these predicted interactions to the abundances of microbial species across samples from different individuals.

In this way they learned that species tend to co-exist more frequently with other species with which they strongly compete for their needs, instead of winners overtaking losers. Ecologists, including those who study bigger-size plants and animals, call this habitat filtering. It means that species with similar requirements for life are selected by the environment and co-occur in the same location. Habitat filtering contrasts with another theory, species assortment, in which organisms seeking nearly identical resources clash until a victorious species triumphs.

Borenstein noted, "Species interaction plays a role, but the environment exerts a stronger effect." He also indicated that even when his research team corrected for the presence of obesity, inflammatory bowel disease and other factors, they still saw the previously observed pattern of competitor microbes staying together.

This suggests, he explained, that the lines along which species are filtered and microbiomes are assembled are not fully defined by major physiological abnormalities in a patient, but might take place at a finer scale. 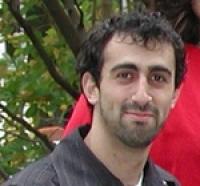