The Fleckvieh is a breed of cattle that originated in the Alpine region. A robust animal, it is now found on every continent, with an estimated worldwide population of around 40 million.

In Germany, there are approximately 1 million Fleckvieh dairy cows: "Their genomes can be traced back to a small number of key ancestors," explains Prof. Ruedi Fries, Chair of Animal Breeding at TUM. "With artificial insemination, male breeding animals can produce more than one hundred thousand offspring."

Infertility caused by a single gene

This practice is fraught with risk, however: If the genetic make-up of any animal contains an unidentified defect, this characteristic will be passed on to future generations. TUM researchers have now discovered that a mutation in the TMEM95 gene on cattle chromosome 19 makes bulls effectively infertile, with a success rate for insemination of less than 2 percent.

"Otherwise, the animals are perfectly healthy and normal," points out Dr. Hubert Pausch, lead author of the study. "The characteristic only manifests itself if bulls inherit the mutation from both the male and female side, i.e. they are homozygous for the defective gene. It is only in this case that the animals should be excluded from breeding." Routine genetic testing for all breeding bulls has been underway since August 2012.

Findings of interest for human medicine

As part of their study, the researchers compared the genome of 40 subfertile animals with 8,000 breeding bulls with normal fertility levels. They discovered that the genetic defect can be traced back to one Fleckvieh animal born in 1966.

The TMEM95 gene encodes a protein on the surface of the sperm heads. The protein mediates the binding process between the sperm and egg cells. If it is missing, fertilization will not occur.

"Our findings indicate that genetic defects in TMEM95 could also cause infertility in men," elaborates Pausch. During their investigation of the sperm of infertile breeding bulls, the TUM scientists collaborated with andrologist Prof. Sabine Kölle and Dr. Matthias Trottmann from Munich's Ludwig Maximilian University. Trottmann helps couples with infertility problems.

Scientists have been systematically studying the cattle genome since 2009. Unlike in humans, a small number of loci explain a large proportion of characteristics. "This allows the genetic profile of breeding bulls to be mapped in detail - and individual weaknesses can be taken into account for breeding," says Pausch.

Fries adds: "Genetic analysis highlights the undesirable characteristics and also the diseases that animals pass on. With this knowledge we can not only improve yield and quality but also improve animal health by identifying pathogenic gene variants and ensuring that they are not passed on to future animals." One example is a genetic defect which causes a blood clotting malfunction in the homozygous state.

The research was conducted as part of the Synbreed research cluster. The study's publication was financed by TUM's open access publication fund. 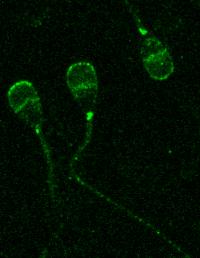