HOUSTON - (Oct. 31, 2019) - An exoplanet may seem like the perfect spot to set up housekeeping, but before you go there, take a closer look at its star.

Rice University astrophysicists are doing just that, building a computer model to help judge how a star's own atmosphere impacts its planets, for better or worse.

By narrowing the conditions for habitability, they hope to refine the search for potentially habitable planets. Astronomers now suspect that most of the billions of stars in the sky have at least one planet. To date, Earth-bound observers have spotted nearly 4,000 of them.

Lead author and Rice graduate student Alison Farrish and her research adviser, solar physicist David Alexander, led their group's first study to characterize the "space weather" environment of stars other than our own to see how it would affect the magnetic activity around an exoplanet. It's the first step in a National Science Foundation-funded project to explore the magnetic fields around the planets themselves.

"It's impossible with current technology to determine whether an exoplanet has a protective magnetic field or not, so this paper focuses on what is known as the asterospheric magnetic field," Farrish said. "This is the interplanetary extension of the stellar magnetic field with which the exoplanet would interact."

In the study published in The Astrophysical Journal, the researchers expand a magnetic field model that combines what is known about solar magnetic flux transport -- the movement of magnetic fields around, through and emanating from the surface of the sun -- to a wide range of stars with different levels of magnetic activity. The model is then used to create a simulation of the interplanetary magnetic field surrounding these simulated stars.

In this way they were able to hypothesize the potential environment experienced by such "popular" exoplanet systems as Ross 128, Proxima Centauri and TRAPPIST 1, all dwarf stars with known exoplanets.

No star is ever still. The plasma at its surface is constantly churning, creating disturbances that send strong magnetic fields (like those embedded in the sun's solar wind) far into space. Earth's own magnetosphere helps make it a safe harbor for life, but whether that is the case for any exoplanet remains to be determined.

"To most people, a 'habitable zone' planet traditionally means it has just the right temperature for liquid water," Farrish said. "But in these specific systems, the planets are so close to their stars that there are other considerations. In particular, the magnetic interaction becomes very important."

These "Goldilocks" planets may enjoy temperatures and atmospheric pressures that allow life-giving water to exist, but likely orbit too close to their stars to escape the effects of the star's strong magnetic fields and the associated radiation.

"Depending on where it is within the extended magnetic field of the star, it is estimated that some of these habitable zone exoplanets could lose their atmospheres in as little as 100 million years," Alexander said. "That is a really short time in astronomical terms. The planet may have the right temperature and pressure conditions for habitability, and some simple lifeforms might form, but that's as far as they're going to go. The atmosphere would be stripped and the radiation on the surface would be pretty intense.

"When you don't have an atmosphere, you now have all the ultraviolet and X-ray emission from the star on top of the particle emission," he said. "We want to understand this interaction better and be able to compare it with observations in the future. And the ability to direct and define the nature of these future observations will be really helpful."

The key parameters in the model are the stellar Rossby number, which defines how active the star is, and the Alfvén surface, which determines where the asterospheric magnetic field effectively decouples form the star.

"Our model allows us to nail down some of the key characteristics of a star's activity with respect to flux emergence and transport over the course of a stellar cycle," Alexander said. "This allows a direct comparison with observations, which are currently very sparse for stars other than the sun, and a means by which to potentially characterize some of the key physical attributes of the exoplanets through their interaction with the stellar field."

"All of the planetary systems that people are currently paying a lot of attention to --- Ross, Proxima and TRAPPIST --- are catching interest because they have planets in their habitable zones, but, based on our calculations, most of them fall within the mean Alfvén surface," Farrish said. "This creates the potential for a direct magnetic connection between the star and the planet which would more strongly drive the loss of the planet's atmosphere."

One such planet orbits Proxima Centauri. "The star is one-seventh the size of the sun and the planet is 20 times closer," Alexander said. "It's good for the temperature but bad for the magnetic conditions." Farrish and Alexander note that the team found one exceptional system in GJ 3323, an M-dwarf star that contains two "super Earths" discovered in 2017. One, GJ 3323 b, lies within the star's habitable zone but also well within the Alfvén surface. The other, GJ 3323 c, orbits outside the Alfvén surface but unfortunately well outside the habitable zone.

"I'm being cautious to not say there's one system we're all excited about, but having two similar size planets of the same age on either side of the Alfvén surface could prove useful, when observations improve, in exploring how magnetic fields form in exoplanets," Alexander said.

Co-authors of the paper are Rice graduate student Anthony Sciola; Mei Maruo, an undergraduate student at Kyoto University, Japan, and participant in Rice's TOMODACHI STEM research internship program; Marc DeRosa, a research physicist at the Lockheed Martin Solar and Astrophysics Laboratory, Palo Alto, California; and Frank Toffoletto, a Rice professor of physics and astronomy. Alexander is a professor of physics and astronomy and director of the Rice Space Institute.

This news release can be found online at https://news.rice.edu/2019/10/31/even-goldilocks-exoplanets-need-a-well-behaved-star/ 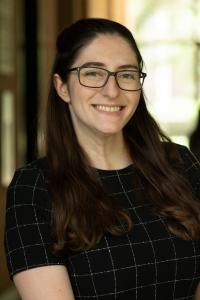