Rutgers is taking a leading role in an IBM-sponsored World Community Grid project that will use supercomputing power to identify potential drug candidates to cure the Zika virus.

The project, known as OpenZika, employs a global team of scientists who will perform "virtual" experiments in a search of treatments for the fast-spreading virus that the World Health Organization has declared a global public health emergency.

OpenZika will screen current drugs and millions of drug-like compounds from existing databases against models of Zika protein structures (and also against structures of proteins from related viruses, including West Nile Virus and Dengue). These computational results will be shared quickly with the research community and general public, with compounds showing the most promise then tested in laboratory settings.

"Instead of having to wait a number of years, even decades potentially, to test all these compounds in order to find a few that could form the basis of antiviral drugs to cure Zika, we will perform these initial tests in a matter of months, just by using idle computing power that would otherwise go to waste," says Alex Perryman, a research teaching specialist at Rutgers' New Jersey Medical School, in Professor Joel Freundlich's lab. Perryman was selected as co-principal investigator of the OpenZika project, while Freundlich serves as a key consultant.

IBM and the scientific team are seeking volunteers with a computer or Android device to join the OpenZika project. The volunteers, who can sign up on the World Community Grid website, need not have a particular expertise. Nor are there financial obligations or time commitments. All participants need to do is run an app on their Windows, Mac, Linux or Android devices that automatically performs virtual experiments whenever their machines are idle.

More than three million computers and mobile devices used by nearly 750,000 people and 470 institutions across 80 countries have combined to create World Community Grid, which makes it one of the largest supercomputers on the planet. These volunteers have contributed supercomputing power for more than two dozen World Community Grid projects over the past 11 years, at an estimated value of more than $500 million.

Rutgers' Perryman has had deep experience working with IBM's World Community Grid. From 2007 to 2013, he managed and performed the day-to-day duties required for FightAIDS@Home, the first biomedical computing project on World Community Grid. In 2011, Perryman designed, developed and ran the grid's Global Online Fight Against Malaria (GO FAM) project, which has resulted in identifying promising tool compounds for treating malaria and drug-resistant tuberculosis.

In less than two years, GO FAM volunteers on the grid performed more than a billion docking jobs, which, Perryman estimates, would have taken at least 100 years using the computer capacity found at most universities. The Freundlich lab has leveraged GO FAM data against tuberculosis drug targets, along with novel machine learning techniques they have developed, to seed novel therapeutic strategies.

Fighting the Zika virus with the power of supercomputing 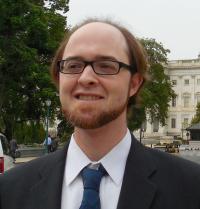