RIVERSIDE, Calif. (http://www.ucr.edu) -- Scientists, including a University of California, Riverside professor, studied more than 15,000 sites in the United States and found that increased nitrogen deposits from human activities are causing a decrease in the diversity of plant species.

Atmospheric nitrogen deposition is increasing due to such things as fossil fuel combustion, agricultural fertilizer application and livestock waste. While smaller amount of nitrogen may act as fertilizer, stimulating growth in plants, large accumulated amounts can decrease soil health and cause a loss in the number of plant species.

The team of researchers found that nitrogen deposition exceeded critical loads for loss of plant species richness in 24 percent of the 15,136 sites they examined. Those sites included forest, woodland, shrubland and grassland sites across the continental United States.

And they found that the effects of Nitrogen deposition on plant species richness was more pronounced in acidic versus neutral or basic soil and in dry versus wet climates.

"These findings are pertinent to the protection of biodiversity and human welfare and should be considered when establishing air quality standards," the researchers write in a paper that outlines the findings that was published this week in the journal Proceedings of the National Academy of Sciences (PNAS).

They also write: "This identification of vulnerable ecosystems and influential environmental factors is critical for managers to set monitoring and conservation priorities."

The paper, "Conditional vulnerability of plant diversity to atmospheric nitrogen deposition across the United States," was co-authored by Edith Allen, a professor of plant ecology at UC Riverside and a member of the university's Center for Conservation Biology. She helped organize the group of 17 researchers that contributed to the paper.

Global emissions of reactive nitrogen to the atmosphere and subsequent deposition onto land have tripled in the last century. Past studies in Europe and the United States have shown elevated nitrogen levels cause decreases in plant species richness, but those studies have either been small scale or focused on grassland ecosystems.

Thus, translation of these findings to nongrassland systems or to large regions of the United States may not be appropriate. To address this critical gap, the researchers designed the widespread study on a wide-range of ecosystems in the United States.

They compiled herbaceous plant species data from existing datasets that included 15,136 sites and 3,852 herbaceous species from across the continental United States. Herbaceous plants are ones that have no woody stem above the ground.

At each site, the researchers calculated species richness and the total number of unique species per plot. They extracted geospatial estimates of N deposition, annual precipitation, mean annual temperature and soil pH for each site.

Their findings demonstrate for the first time, the scientists believe, that across a wide spatial domain multiple mechanisms may operate to influence the response of plant species richness to nitrogen deposition.

The research was funded through a grant from the U.S. Geological Survey's John Wesley Powell Center for Analysis and Synthesis. Allen is the principal investigator on the grant. The Environmental Protection Agency and the Cooperative Ecosystem Studies Units Network also funded the work. 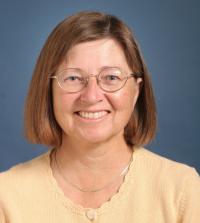