Researchers at the Estonian University of Life Sciences and Swedish University of Agricultural Sciences in collaboration with Finnish scientists, developed a methodology that uses next-generation sequencing technology for fast and efficient screening of genetic diversity of fish eye parasites.

According to Anti Vasemägi, scientist who led the study, this is an important milestone as the developed methodology helps to better understand the inter- and intra-species diversity, life cycle and ecology of eye parasites belonging to the Diplostomidae family of trematodes. Diplostomid parasites are extremely difficult to distinguish morphologically, thus the use of molecular genetic methods allows us to understand the hitherto hidden diversity of parasites and their impact on the host, Vasemägi explained. "The developed methodology enables to analyze more material within one study than all previous molecular genetic research combined," said Vasemägi.

Kristina Noreikiene, the postdoctoral researcher at Estonian University of Life Sciences and the first author of the published work explained: diplostomid parasites have a complex life cycle, after hatching from the egg, parasite larvae infects snails that live in water bodies. The next intermediate host for diplostomids are fish, which get infected by the free moving parasite larvae after it leaves the snail. In fish, diplostomids have around 24 hours to evade fish immune system and to reach ocular tissues that are presumed to be immunopriviledged and as such are safe havens for eye parasites. Depending on the species eye parasites prefer specific niches within the eye. Some parasites infect the lens and fish develops cataract which renders it blind. In other cases, parasites actively swim in vitreous humor and as a result fish behaviour is affected. Regardless, infection with diplostomid parasites makes fish more susceptible to becoming a prey for fish eating birds or mammals thus completing the parasite cycle.

Noreikiene added that the results of the study showed a surprisingly strong relationship between diplostomid infection prevalence in perch and the concentration of humic substances in water bodies. Humic substances make water darker and more acidic. Low pH is not suitable for most aquatic snail species. Thus, dark and acidic lakes which are common in Norther Europe do not have the first intermediate hosts of the parasite and therefore fishes do not get infected by diplostomids. Contrary to humic lakes, clear-water lakes provide suitable habitats for aquatic snails and the infection prevalence of fish eye parasites is extremely high. She added that this study is one of the first of its kind which describes the fish immune response against the parasite within the eye tissue using whole transcriptome analysis. According to Noreikiene, gene expression results published in the study hints that there may be an immune response in the eye against the parasite infection.

The research article describing the results of the work was recently published and can be openly accessed in the journal Parasites & Vectors. 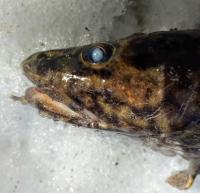 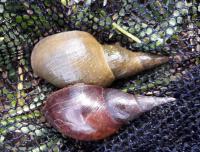