Markus Koch, head of the research group Femtosecond Dynamics at the Institute of Experimental Physics at TU Graz, and his team develop new methods for time-resolved femtosecond laser spectroscopy to investigate ultrafast processes in molecular systems. In 2018 the group demonstrated for the first time that photo-induced processes can be observed inside a helium nanodroplet, a nanometer-sized droplet of superfluid helium that serves as a quantum solvent. For their investigations, the researchers placed a single indium atom inside the droplet and analysed the reaction of the system with the pump-probe principle. The atom was excited with an ultrashort laser pulse, triggering the rearrangement of the helium environment within femtoseconds (10-15 seconds). A time-delayed second laser pulse probed this development and provided information on the behavior of the system.

Using the same technique, Koch and his colleagues Miriam Meyer, Bernhard Thaler and Pascal Heim, visualized the movement of single, isolated molecules inside a helium droplet for the first time. The researchers formed an indium dimer molecule inside a helium droplet by loading it successively with two indium atoms. They then triggered a vibration in the molecule by photoexcitation and observed the movement of the nuclei in real time with the same pump-probe technique.

The researchers consider two aspects of the experiment as particularly important: First, it demonstrates that such experiments are able to observe ultrafast intramolecular processes - i.e. processes that occur within an excited molecule.

Second, the group discovered that the influence of superfluid helium on molecular vibrations is significantly weaker than with conventional solvents, such as water or methanol. Intramolecular processes are usually influenced by interactions with the environment and in conventional solvents this interaction is so strong that intramolecular processes cannot be observed, as Bernhard Thaler explains: "The quantum fluid helium, which has a temperature of only 0.4 K (note: minus 272.75 degrees Celsius), is truly special, as the perturbation on the embedded molecule is very low. Additionally, fragile molecules, which often break apart in other techniques, are stabilized due to the cooling mechanism and can now be investigated."

Markus Koch wants to extend the method to complex molecules

"We see great potential in helium nanodroplets because they offer wonderful opportunities for creating molecular systems," said Koch, explaining why he and his team develop this method for femtosecond studies. In the next step, the Femtosecond Dynamics group aims for more complex systems. "The structure of indium molecules, which we used as a model system, is very simple but in the future we want to look at technologically relevant molecules, which are more complex. I consider this as promising approach to molecular engineering, where future materials are developed by manipulating the quantum behavior of their molecular constituents."

This research area is anchored in the Field of Expertise "Advanced Materials Science", one of five strategic foci of TU Graz. Participating researchers are members of NAWI Graz Physics.

Further information can be found in the online magazine Physics of the American Physical Society, which dedicates a focus story to the paper: https://physics.aps.org/articles/v13/41 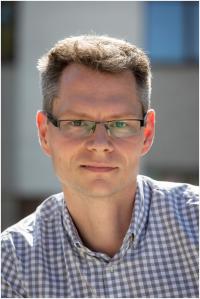 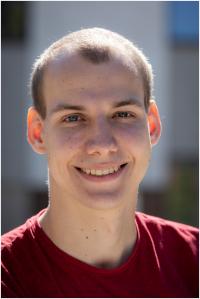